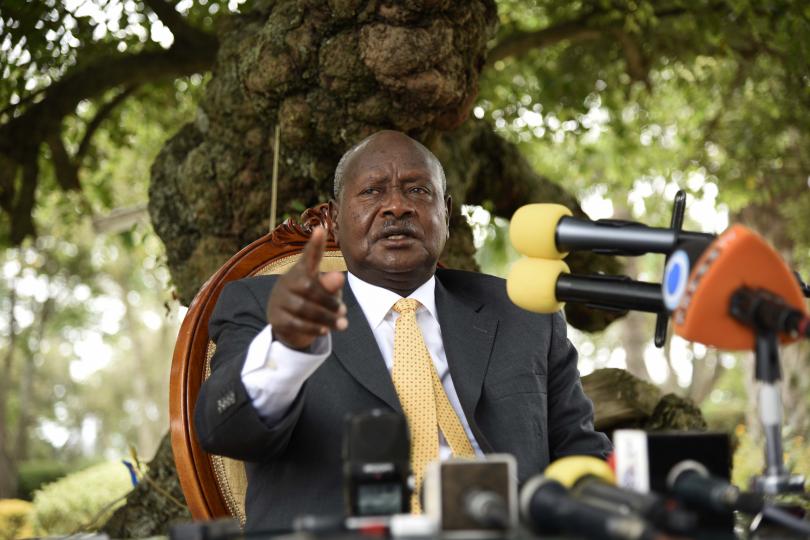 The president is the chief guest at the Masindi Sports Grounds national event in western Uganda, where the NRM Liberation Day fete is taking place under the theme: “Uganda’s success story under NRM Leadership is a shared victory.”

The celebrations are in remembrance of the five-year bush war that saw the then National Resistance Army (NRA) rebels, under the command of President Museveni, capture power in Kampala on January 26, 1986.

Masindi is significant in the history of the guerrilla war. Top rebel commanders then, who are now senior government and military officers, believe the attack on Masindi on February 20, 1984 tilted the course of the war in their favour.

From 1986, the NRM ruled Uganda as a one-party state until a referendum in 2005, brought back multi-party politics. In the same year, Ugandan lawmakers removed presidential term limits, amid accusations that President Museveni had bribed the ruling party legislators, an allegation he denied.

The only other African presidents to have been in office longer than Mr Museveni are Teodoro Obiang’ Nguema of Equatorial Guinea (37 years), Eduardo dos Santos of Angola (37 years), Robert Mugabe of Zimbabwe (36 years) and Paul Biya of Cameroon (34 years).