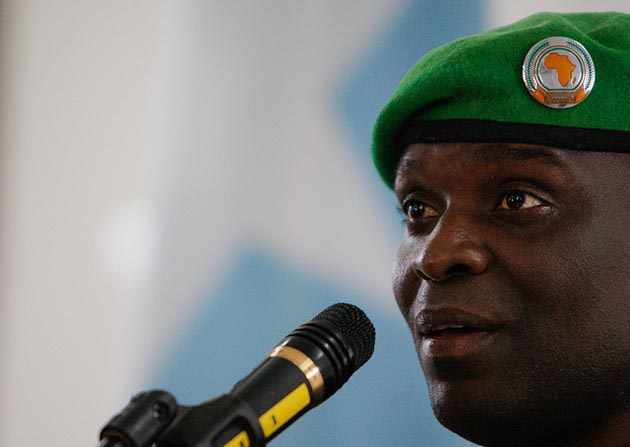 Ugandan military on Wednesday said appropriate action will be taken to ensure the release of one of its soldiers captured by Somali militants in Somalia capital Mogadishu last year.

Military spokesperson, Lt. Col. Paddy Ankunda told Xinhua by telephone that Uganda People’s Defense Forces (UPDF) high command is concerned about the life of the soldier only identified as Private Masasa who is under Al Shabaab captivity in the Horn of African country.

“We are still studying the video and are concerned about the life of the soldier. Al Shabaab have an obligation to save his life. We are doing all it takes to rescue him,” said Ankunda.

Al Shabaab militants on Monday released a video of Masasa whom they captured after overrunning UPDF base in Janaale, about 90km south-west of the capital Mogadishu in the Sept. 1, 2015 deadly attack.

At least 18 Ugandan peacekeepers serving under African Union Mission in Somalia were killed in the dawn attack.

In the video, Masasa is pleading to President Yoweri Museveni and opposition leaders in the country to talk to his captors and have him released from captivity.

“I am pleading with you, President [Museveni], to help so that I am released from the hands of Al-Shabaab,” said Masasa in an emotional video the militants posted on social media.

This is the second video where Masasa is pleading for mercy and release from captivity.
“This is my 12th month in captivity. It has been one year but I’m in good health and I haven’t been killed,” said Masasa.

Ankunda said all will be done for the safety and life of the soldier. “We will take action as appropriate,” he said.

After the attack, President Museveni ordered the suspension and the arrest of Col. Bosco Mutambi, the commander of the Battle Group 16 and three of his officers.

Mutambi who was demoted to the lower rank of Lt. Colonel was charged in army court martial for failure to execute his duties and briefing his seniors about a possible attack.

The East African country accounts for about a third of the roughly 22,000-strong AMISOM force.