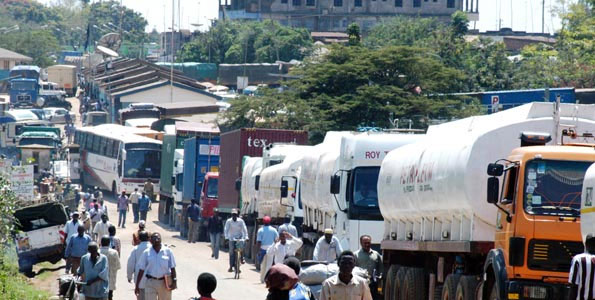 In addition to collecting revenue, URA is also responsible for issuing licences to clearing agents whose duty is to facilitate clearance of goods as well as deliver due revenues on behalf of their clients to the revenue authority.

Speaking during a tour of the Busia and Malaba One Stop Border Posts, URA commissioner for customs Dicksons Kateshumbwa warned clearing agents against wasting time clearing goods at the borders.

One Stop Border Posts are where all services to quicken clearance of goods are under one roof from both national borders.

“We are going to start recording time spent clearing goods by clearing agents. And those found to be wasting time will have their licences revoked,” he said.

“Clearing agents who are slow should stay warned. You are not just going to place your query and move away because by the time you come back your licence could be revoked,” he added.

The clearance of goods at the border posts is currently done in under three days.

Customs has a target to quicken clearance by 30 per cent, with Mr Kateshumbwa believing that the authority can achieve more if clearing agents do their work with more urgency.

The chairman of clearing agents in Malaba, Mr Yovan Manghara, said in an interview that URA is not addressing the root cause of the problem.

He said: “It is in the interest of any clearing agent to do his or her work as quickly as possible. Actually we want to do all our work within an hour or even less.”

Meanwhile, the Trade Mark East Africa senior director for trade environment, Mr Richard Kamajugo, wants the operation of the One Stop Border Posts to be fully shifted to the new facility which is nearly complete.

Mr Kateshumbwa said by June this year, the One Stop Border Posts will have been fully occupied and all the activities of the authorities will be happening there.

The role of agents

Importers pay required dues, including taxes, to the URA through clearing agents who take charge of processing the consignments either at the first coastal port of entry or at the Uganda border.