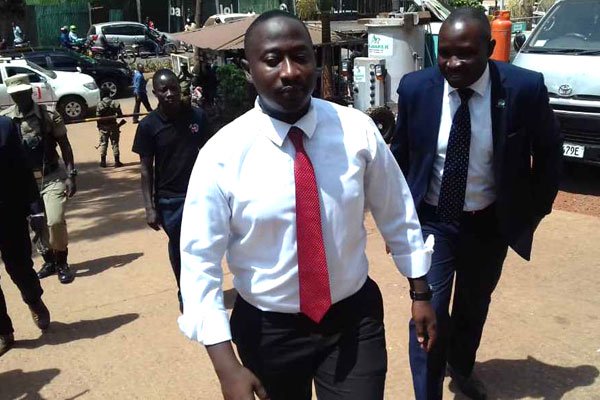 Police in Uganda have released a team of BBC journalists following their arrest on Wednesday night in the capital, Kampala.

The journalists –two Ugandans Godfrey Badebye, Rashid Kaweesa; a Kenyan Kassim Mohamad; their driver Shafiq Kisaame; and Vivian Nakaliika, the wife of a local journalist from NBS Television who was working with them — had been detained for illegal possession of prescription drugs. Ms Nakaliika is a communication officer with the Ministry of Health.

They were investigating the theft and sale of government drugs.

The team was released on police bond on Friday and asked to report back on February 18.

The Ugandan government spokesman Ofwono Opondo had on Thursday demanded the immediate release of the team.

“I am yet to find out the logic why police arrested these journalists, who in my view were helping government to unearth the rot which is in the system… they should be released unconditionally,” Mr Opondo said.

Solomon Sserwanja, NBS journalist and husband to Ms Nakaliika, was also working with BBC team. The police had said he was on the run.

On Friday, Mr Sserwanja handed himself over to the police and was being interrogated by press time.

In the statement on Friday, the Ministry of Health said, it was premature to speculate on the matter until they have more information on the case.

“However, we are shocked and concerned that there are still drug theft rackets operating in the country. As a Ministry, we support any endeavour that is aimed at helping government to expose individuals involved in stealing government medicines and other commodities,” said Mr Emmanuel Ainebyoona, the ministry’s senior public relations officer.

Uganda’s decrepit healthcare system is riddled with corruption and doctors and nurses frequently complain about shortages of basic supplies like gloves, medicines and vaccines.