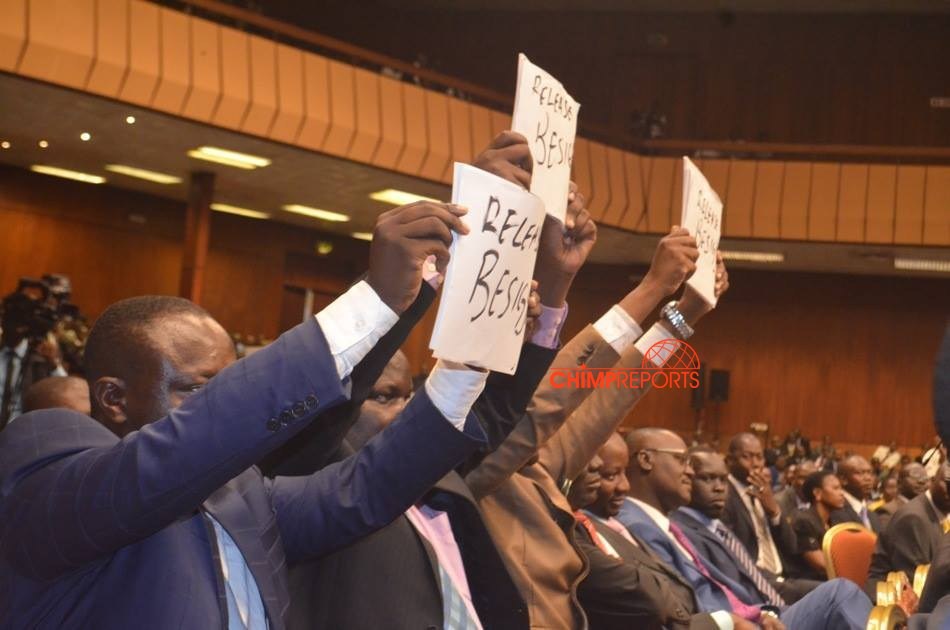 Makindye West MP Allan Ssewanyana (Democratic Party) and Kawempe South MP Mubarak Munyagwa (Forum for Democratic Change) walked out just after President Museveni said that all Ugandans were intelligent and were able to tell what is good and what is bad if “you are able to show it clearly”.

President Museveni had started talking about illegal fishing on Ugandan lakes and rivers only to be interrupted by the Opposition MPs who started waving placards. 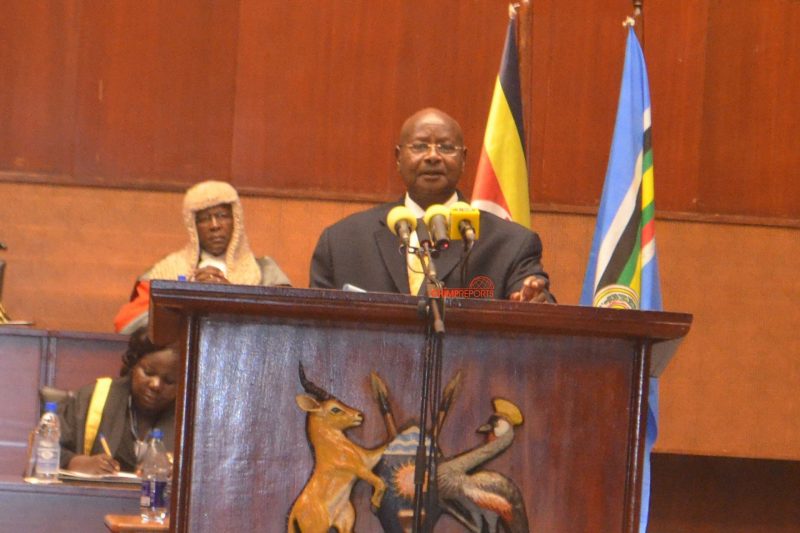 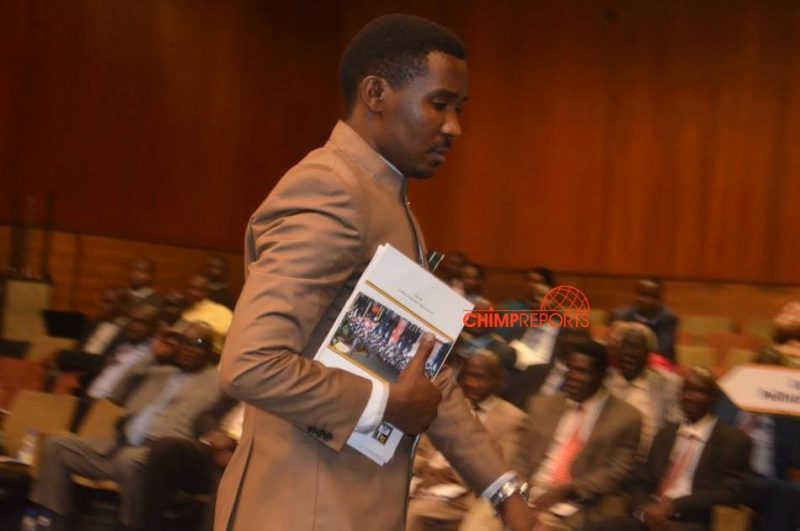 The Speaker of Parliament, Ms Rebecca Kadaga, was quick to spot the placards and called for order, asking the legislators to put them down.

President Museveni ignored them and continued speaking, “.…then there is the shame of illegal fishing. In 1986, there was not a single fish-processing factory on Lake Victoria or anywhere in Uganda. I built the first one with Italian support at Masese. By 1995, about 17 fish factories had sprung up employing over 1.3 million people in the value chain; by 2005, we were exporting 36,615 tonnes valued at $143.6 million per annum. Once it was realised that there was money in fishing, all parasites descended on our lakes and started fishing out all the young fish. The fish in the lakes is now depleted. The anti-illegal fishing officers became the fish poachers.”

“Out of the 21 fish processing factories, 12 have closed. The others are limping on, operating at less than 30 per cent capacity and only earning $96 million per annum.”

He said: “This shame will not be allowed to continue. First of all, I am going to cause the registration of all the fishermen on the lakes so that we know who is who.”

According to President Museveni, anyone with a criminal record will not be allowed on Ugandan Lakes.