As the Obama administration prepares to publish a long-delayed accounting of how many militants and non-combatant civilians it has killed since 2009, its statistics may be defined as much by what is left out as by what is included.

Release of the information was first envisioned three years ago this month, as part of strict new guidelines President Obama announced for the United States’ controversial use of drones and other forms of lethal force to battle terrorism abroad. Such operations, Obama said in a 2013 speech at the National Defense University, would also be subject to new transparency and oversight.

The casualty numbers, like the guidelines, will cover places where the United States conducts airstrikes but does not consider itself officially at war: Yemen, Somalia and Libya. They are likely to exclude Pakistan, where the CIA has conducted hundreds of drone strikes but which the administration has long labelled part of the Afghanistan war theatre. The United States still does not publicly acknowledge CIA attacks inside Pakistan, although the Pentagon announced Saturday that it had targeted Taliban leader Akhtar Mohammad Mansour in Pakistan. 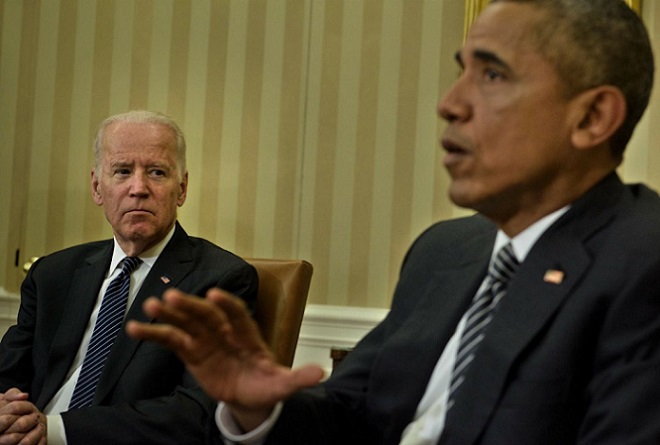 Not all strikes in the included countries are considered counter-terrorism actions, which must be approved by the highest level of government. With U.S. Special Operations forces deployed to all three places, some strikes are defined as self-defence and can be approved by the defence secretary.

That was the case on March 5 in Somalia, when manned and unmanned aircraft killed an estimated 150 Al Shabab militants at a training camp, the largest such nonwar strike ever, and on May 12, when U.S. forces called in an airstrike after African peacekeeping troops they were accompanying were attacked by militants west of Mogadishu, the Somali capital.

The totals will almost inevitably be challenged by independent groups that keep their own tallies and for years have charged that the administration undercounts civilian casualties caused by drone strikes.

Beyond debates over statistics, there are broader questions on how, when and where Obama’s guidelines apply, how they have changed amid a mutating threat, including the growth of Daesh (also known as ISIS), and what standing they will have after the president completes his term in January.

“My hope is, is that by the time I leave office, there is not only an internal structure in place that governs these standards we’ve set,” but also an “institutionalized process … so that people can look” at actions taken by their government on an “annualized basis,” Obama said last month.

The pending announcement will also be accompanied by additional information on the guidelines, perhaps elevating them to an executive order, according to several senior administration officials who spoke on the condition of anonymity to discuss information that has not yet been made public.

How Obama plans to impose the standards he has set on future administrations is unclear.

“We have a system for making rules that will bind across time that involves statutes passed, treaties adopted, constitutional change, etc.,” said Robert M. Chesney, associate dean and director of the Robert S. Strauss Center for International Security and Law at the University of Texas law school.

“It’s just not possible, as a legal matter, for decisions of one administration to become binding in a legal sense on their successors—any more than Obama was bound” by policies and rules imposed by his predecessor, George W. Bush.

At the time the guidelines were written, drone-fired missiles appeared to have become Obama’s counterterrorism weapon of choice. By early 2013, he had launched hundreds of strikes, most of them in Pakistan, compared with around 50 throughout the Bush administration.

But the president and his top advisers were concerned that the program had too few controls and publicly stated justifications under international law. The secrecy that necessarily surrounded it—virtually all Pakistan strikes have been conducted by the CIA and are considered covert actions—limited the ways in which they could defend it. While acknowledging that some civilian casualties had occurred, they said that claims of hundreds or more deaths by non-government organizations have been wildly inaccurate.

Obama himself recalled the dilemma in a news conference last month, saying that “there’s been, in the past, legitimate criticism that the … legal architecture around the use of drone strikes or other kinetic strikes wasn’t as precise as it should have been, and there’s no doubt that civilians were killed that shouldn’t have been.”

The beginning of 2013 seemed the right time to promulgate new rules. With the end of the Iraq War, the planned U.S. withdrawal from Afghanistan, and the perceived diminishment of Al Qaeda, senior administration officials said, there would be less need for drone strikes.

The goal was to establish a long-term legal and procedural framework for those occasions that required them. With operations in Pakistan gradually ending, the CIA would be eased out of the business of lethal attacks, and they would become the sole responsibility of the military.

The guidelines were only applicable to nonwar zones—places defined as “outside areas of active hostilities.” A policy term that does not appear in the international laws of war, the concept can theoretically be applied anywhere in the world and has been a subject of sharp debate among international-law experts.

The United States justifies its counterterrorism attacks under a variety of domestic and international laws. The Authorization for Use of Military Force passed by Congress in 2001 allows force to prevent further attacks by Al Qaeda, responsible for the Sept. 11 attacks that year, and the government for more than a decade has construed this to include al-Qaeda’s “associated forces.”

A complete list of “associated forces” has never been released, although both Bush and Obama have said it includes Yemen-based Al Qaeda in the Arabian Peninsula, or AQAP, and Obama has said individuals in Al Shabab with AQAP ties can be subject to counterterrorism strikes. The administration also considers the Daesh part of Al Qaeda, despite the bitter rivalry between the groups, while it has unsuccessfully pressed Congress for a new AUMF to cover the Daesh more specifically.

Article II of the Constitution gives the commander in chief powers to defend the country. It is a provision frequently cited by Bush and eschewed by Obama at the beginning of his administration, but later incorporated into his lexicon of legal justifications. International law allows countries to defend themselves and their allies in the event of an “armed attack,” which the government has interpreted as extending to preventive defence against defined terrorists wherever they are located.

When the administration announced its new rules for counterterrorism, it said they went beyond those required by law. Under the 2013 guidelines, deadly attacks would be used only against those groups and individuals posing a “continuing, imminent threat to U.S. persons,” a much smaller universe than the former “U.S. interests.” Only the president could approve such strikes, and the go-ahead would be given only when there was a “near certainty” of no civilian casualties.

Since the guidelines were adopted, and released in an unclassified summary, the terrorism landscape has changed considerably, and the administration has struggled to keep up. Two countries—Iraq and Syria—have been added to the list of designated war zones, where the military and the international laws of war impose somewhat different rules. The Daesh, officially born in 2014, has spread its tentacles across the Middle East and North Africa.

“We are continuously refining, clarifying, and strengthening our standards and procedures for reviewing and approving direct action against terrorist targets located … outside areas of active hostilities,” a senior administration official said of the rules, officially known as the counterterrorism PPG, for Presidential Policy Guidance.

The reduced number of lethal actions predicted three years ago by administration officials has come to pass, but almost all of the reduction has been in Pakistan, where the number of strikes has steadily fallen from a high of more than 100 in 2010 to only two reported by outside observers so far this year before Saturday’s military strike.

But the focus of U.S. activities has expanded elsewhere, outside the war zones. In Yemen, the number of airstrikes peaked in 2012, fell over the next two years, and has begun to rise again this year. In Somalia, it has increased steadily since the PPG was first announced. Two airstrikes on alleged terrorist targets this year in Libya were the first since the 2011 joint air offensive by the United States and European allies that ousted Moammar Gadhafi.

For those trying to tally them outside the government, the number of recent counterterrorism strikes has been muddied by the separate category of defence for Special Operations forces on the ground and the fact that some strikes, but not all, are publicly announced.

In emailed responses to written questions, the Defense Department said it keeps no central list of strikes “outside areas of active hostilities.” Some are announced by the Pentagon, some by Central Command in charge of Yemen, and others by the Africa Command.

Some are not made public at all, “consistent with operational security,” the response said. The CIA, whose drone strikes remain secret, is still thought to be operating drones in Yemen.

Since the beginning of November, official releases have documented about half of more than 30 U.S. strikes—more than half in Yemen, two in Libya and the rest in Somalia—as compiled by the Bureau of Investigative Journalism, one of several organizations that count them based on local reporting and other sources. Independent counts of civilian deaths in individual operations are zero or in low single digits, far reduced from previous years tallies.

“We are committed to transparency,” the Defense Department said. “While not all strikes are announced or publicly acknowledged in real time, information on all of our strikes taken outside areas of active hostilities will be aggregated for release in future annual releases.”