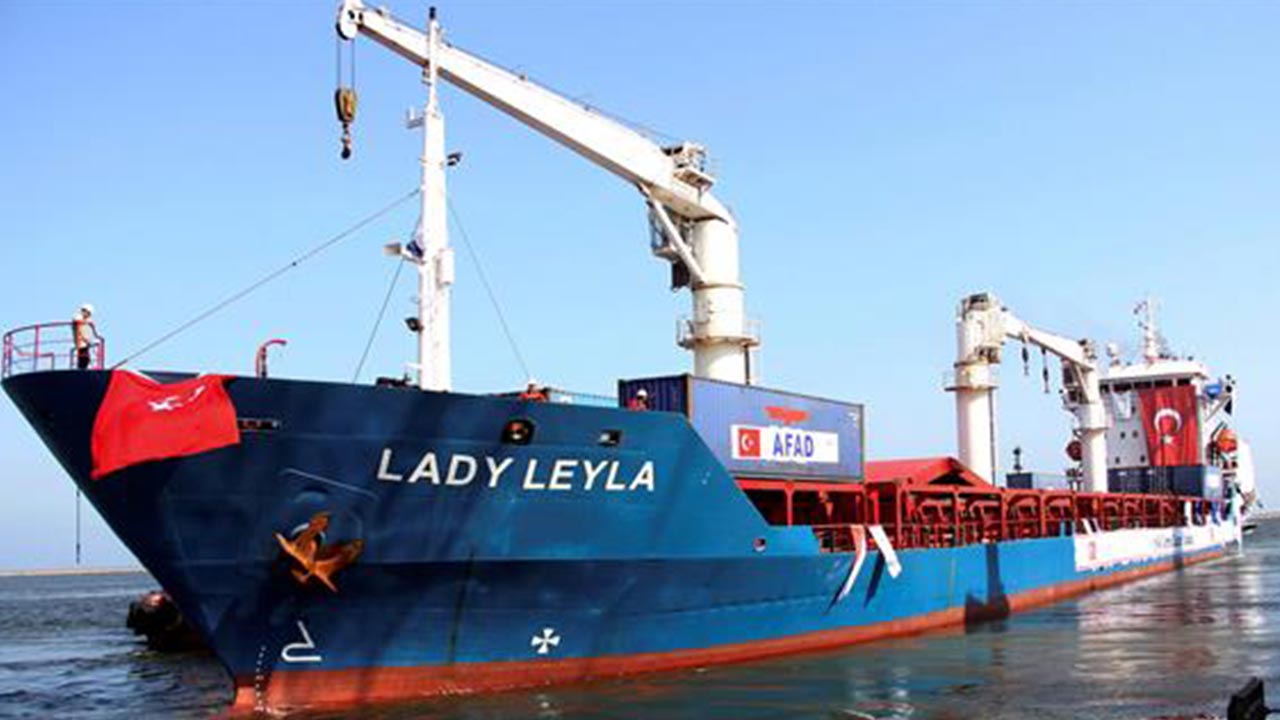 A Turkish ship carrying some 11,000 tons of humanitarian aid for East Africa left Friday from the southern port city of Mersin.

Ismail Hakki Turunc, deputy chair of the Turkish Red Crescent, said the ship was loaded with flour and sugar, among other staples.

“There are also around 178,000 diapers which are much needed by the locals. God willing, all these supplies will be delivered shortly,” he said.

Ahmet Atik, head of the Civil Defense Department at Turkey’s Disaster and Emergency Management Authority (AFAD), said this was the 12th humanitarian aid ship sent to Somalia as coordinated by AFAD, the Turkish Red Crescent, and the Foreign Ministry.

“Once this ship reaches its destination, the amount of Turkish humanitarian aid to Somalia will reach 62,000 tons. The aid will not only be delivered to Somalia, but also to Ethiopia via Dijibouti,” he said.

The ship, the Marshall Islands-flagged Lila Majuro, is headed for Ethiopia, as well as Somaliland and Puntland, two autonomous regions of Somalia in the Horn of Africa.