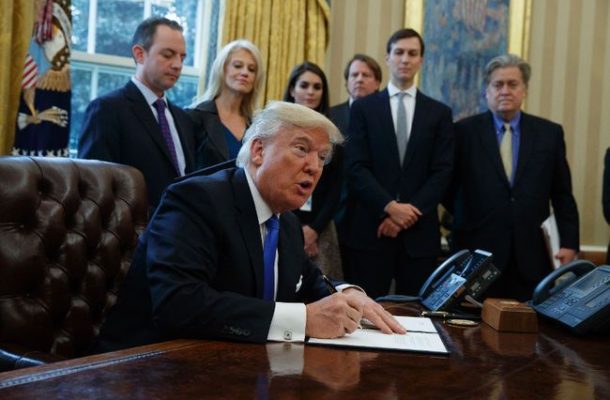 The State of emergency on Sudan was declared for the first time on 3 November 1997 allowing President Bill Clinton to impose economic sanction on Sudan for sponsorship of terrorism and human rights abuses on 4 November 1997.

Based on 3 November 1997 declaration of national emergency on Sudan, President George Bush issued the Executive Order 13400 of April 26, 2006, blocking property of persons in connection with the conflict in Sudan’s Darfur region.

On 6 October 2017, President Donald Trump decided to repeal the economic sanctions of 1997 blocking Sudanese government property and prohibiting transactions with Sudan. However, the individual sanctions imposed by the executive order 13400 remain imposed despite the revocation of the economic embargo on Sudan in October 2017.

“These actions and policies continue to pose an unusual and extraordinary threat to the national security and foreign policy of the United States. I have, therefore, determined that it is necessary to continue the national emergency declared in Executive Order 13067, as expanded by Executive Order 13400, with respect to Sudan,” said the presidential decision.

U.S. Presidents must renew national emergencies every year because the statute lets emergencies automatically expire after one year.

Trump decision to only repeal the 1997 sanctions is part of a new policy aiming to relieve the suffering of ordinary people and to offer incentives to Khartoum to end armed conflicts and make democratic reforms.

Khartoum and Washington are expected to resume in November talks on the remaining sanctions including list of states sponsors of terrorism; Executive Order 13400, and Executive Order 13412 of October 13, 2006, in which President Bush barred transactions with Sudan related to oil, gas, and the petrochemical industries in Sudan in accordance with the Darfur Peace and Accountability Act of 2006.

The Darfur Peace and Accountability Act which is adopted by the U.S. Congress imposes sanctions on those responsible for ongoing violence in the Darfur region.