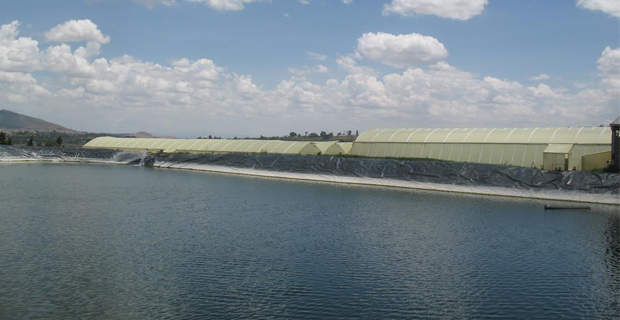 ADDIS ABABA (HAN) April 27, 2016. Public Diplomacy & Regional Security News. BY DAWIT ENDESHAW. Dashen Bank has been summoned to court to defend the recently concluded foreclosure of Top Flower Plc, a flower farm in Holeta. Owners of the company alleged deceitful behaviour and fraudulent action on the part of both the Bank and the single bidder, Green Marks Herbs managing partner, Tamrat Habtamu.

A loan was granted 12 years ago to the original owners of Top Flower, the renowned local investor Mekia Mamo and her husband. Later, in 2012, it was sold to Fleuramica S. A. a Luxembourg-registered company and Pavel Korostelev, its Russian managing partner.

A source close to the transaction told Fortune that the price bordered around 20 million Br. The transfer includes not only assets but also liabilities, including a 38 million Br loan from Dashen Bank. The latest audit report of the company indicates a capital increase reaching a little over 62 million Br.

The Bank publicly announced foreclosure of the property in Addis Zemen, a daily Amharic newspaper and on the Ethiopian Broadcasting Corporation’s radio and television stations during the first week of March. This came after the Bank gave a written 30-day notice – a last call for the company to settle the delayed loan repayment. Top Flower had agreed to pay over half a million Birr every month. Until June 2015, 17 million Br of the loan had been repaid. Then the lag started.

In the court file, the company attributes its default to the Russian financial crisis that affected the country’s economy, consumers, companies and regional financial markets.

Top Flower, owned by foreign investors, and exporting its products mainly to Russia and Dubai was one affected by the situation.

The domino effect was started by the fall of oil price in the global market. Russia, a major exporter of crude oil which contributes the biggest chunk to the economy, was also impacted by the economic sanction spearheaded by the US, following the military intervention of Russia in the Ukraine and Crimea. The unforeseen crisis affected the Russian economy, with consumers, companies and regional financial markets feeling the squeeze.

The inflation rate that hit 16.4 in April 2015, slowly adjusted to 7.3 by January 2016 would have affected the Russian market for flowers imported from Ethiopia.

On the production side, huge strides were made in the negotiation between the Bank and the company since the crisis. Nevertheless, the matter ended up in court.

Prior to the court procedure, the investors tried to settle their differences with the Bank, presenting proposals for loan repayment adjustment.

In a letter written to Dashen Bank’s Bole Branch, Top Flower requested loan rescheduling and submitted its plan in February, 2016.

The company submitted adjustment strategies to be operational since February 2016, including diversifying market destinations, and playing an intermediary role, facilitating international markets for other companies with challenged profit margins. Projection reached 6.75 million dollars in December, 2016.

Proposals and negotiations, according to the court file, were flowing right until they got blocked at certain level of management in the Bank.

“No formal response came from top management on the agreements reached between the company and credit management offices,” reads the court file, indicating that the Bank overlooked the effort and went ahead and posted public announcement.

Another major ground the court intervention called for was to stop the foreclosure process of undervaluation of assets.

The foreclosure announcement enlisted 23.4ha of farm land, machinery, an office building and a residential house on the compound, in one package, with a minimum price of 32.5 million Br.

As per the audit report, the owner demanded a price of at least 50 million Br.

“Most of assets which represent the biggest value in the farm were missing: information about greenhouse coverage area and plants and land lease agreements,” the owners stated in the court plea.

Close to 700,000 stems of flowers estimated to be worth 17 million Br were also on the brinkof being damaged due to the actions of the second defendant, Tamrat Berhanu, who ordered workers on the farm to show up no more.

The company first asked the court for an immediate injunction order on the auctioning process and secondly, to redeem the farm’s real value for money.

In response to the claim, the Bank indicated that it is entitled to sell collateral properties pledged as loan security, upon serving 30 days written notice in cases where there is default on loan repayments.

It would be inappropriate to allow the foreclosure injunction order request by the plaintiff to have an effect that could potentially give rise to hindrance. This could cause irregularity in the Bank’s rightful effort to collect loans disbursed, stated Dashen Bank.

Following the hearing of both sides, the Bench, presided over by Negash Kidane, rejected Top Flower’s claim and allowed the foreclosure. The Bank, however, was ordered to ensure the safety of the 700,000 stems of flowers by allowing the workers to stay on. But in respect of the second argument, treatment of the flowers, the court ordered the new owner to continue to preserve the flowers. In addition the court cautioned Dashen to uphold the rights of Top Flower’s employees.

Fleuramica S. A. and Korostelev have made it clear that they are entitled to profits accrued from flower production before the sale.

An appeal on the rejected claim of injunction was accepted by the Supreme Court, with the case adjourned until May 4.

The two defendants submitted written responses on the main claims of undervaluation, deceit and fraud.

Both submitted a preliminary objection on the case.

Dashen argued that the decision to accept the proposals submitted or not is the Bank’s prerogative, and the court has no jurisdiction over the case.

The second defendant presented his case, asserting that he is not part of the deal between the Bank and the company, emphasising that the way the case framed the issue made it unclear whether it is Green Marks Herbs or its managing partner, Tamrat Habtamu who was sued in the first place.