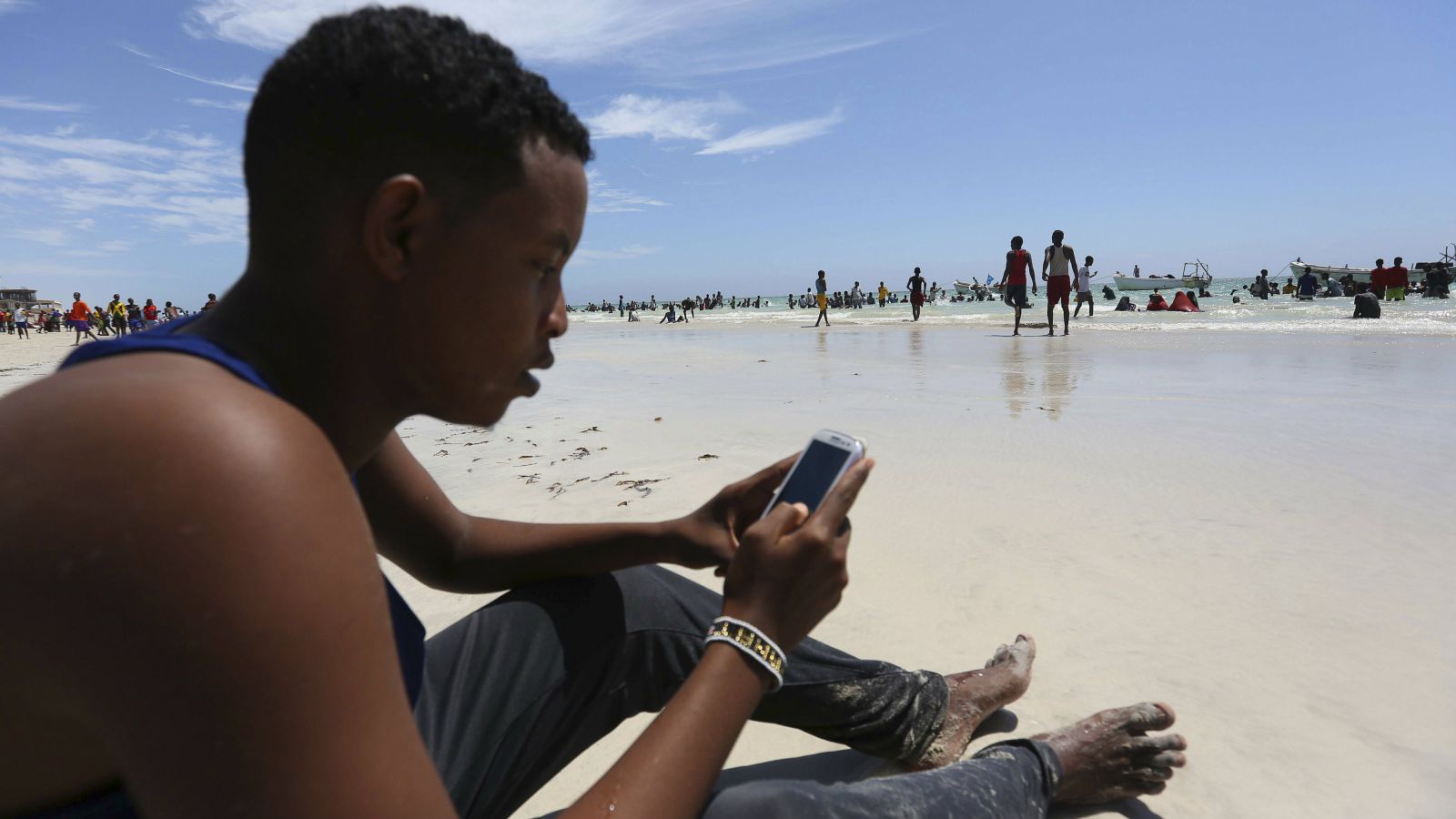 London — Africa’s data and Internet communications infrastructure has improved so much in the last decade that it’s easy to become complacent. The dual challenges of price and quality of service have not been overcome.

African regulators have never been good at imagining the future and with all the improvements they seem to have taken their eye off the ball. Russell Southwood looks at why things are stuck and what might get them moving again.

Africa’s transition to data is crucial for the next round of investment in the continent. The existence of relatively cheap Internet access and the services and content it brings with it are needed to power a second wave of economic growth.

The challenge of all challenges is that the operators in Africa’s Internet market need to be able to deliver cheaper data access than elsewhere because most Africans do not earn US or European salaries. Getting Internet access prices to US or European levels is not enough, they have to go lower. Sub-Saharan Africa has countries that are amongst the most expensive places to operate in. So whoever Africa’s operators are or will be, they have to become pioneers in lowering the costs of both building and operating data infrastructure. Government and regulators need to understand the scale of this challenge and help operators become cost-cutting pioneers.

African regulators are not currently in a good place to make this happen. In the main, mobile operators have taken over as the market incumbents and are no longer forcing the pace of change but largely simply reacting to what’s happening elsewhere. The need for an effective, large capacity data network seems to have caught many of them off-balance.

African regulators who have pursued the opening of African telecoms markets have been slow to react to changed market circumstances. In many cases, even what were once quite competitive markets are now stuck. A brief summary of some of the difficulties may be helpful:

A number of Africa’s telecoms markets are now dominated by a single player. Sometimes efforts have been made to declare them dominant players in regulatory terms but these have largely been ineffective. These dominant players have operated skillfully as price progressives (lowering tariffs) and in so doing have cemented their market position.

In Kenya, Safaricom has such an unassailable and central position that whatever anybody does, it usually ends up benefitting. If you need a telecoms or network partner, why bother with those who have less than 30% of the market? The recent Kenya Power partnership deal on Fibre-To-The-Home will reinforce its position in yet another market niche.

In Senegal, Sonatel is testing Free-Wi in Rufisque. Free Wi-Fi is undoubtedly a good thing but who’s paying? And this in a country where there are no independent Internet service providers, no alternative fibre providers and its two mobile competitors struggle to make it anything like a fair, competitive fight.

And then there’s MTN in Nigeria who for all their recent troubles, occupy the commanding heights of the country’s telecoms and data markets… ..Others could be added to list.

Some of Africa’s regulators have simply not got off the blocks in terms of creating a competitive market. In these countries the dominant player is usually a decaying state-owned telco with about as much appetite for innovation as a sleeping dog. The Governments in these countries have chosen to foster an inefficient job creation scheme over being able to offer cheaper Internet and a more efficient economy.

The country that heads this category must surely be Ethiopia where the absence of any competition means that the market is probably about a third smaller than it might otherwise be. The State lacks the capital to make these financially leaky dinosaurs effective. But in this long list of countries, we must include places like Djibouti, Togo and Cameroon.

Take Cameroon where the Government has ensured that it has ownership of all the landing stations and its telco Camtel has a de facto monopoly over wholesale bandwidth. And all of these dilapidated incumbents who are without strategy, innovation or ideas want to be mobile operators.

More conventional industry analysts are keen on seeing “consolidation” as one answer to current problems. To be fair to their argument, Africa has more operators than many other places globally.

But what does consolidation mean? There will be less operators (two per country?) and their market power will be even greater. The last man standing theory is that if you are one of the lucky surviving operators you will then be able to hike your prices back to the level they were when the markets first opened.

With Airtel selling off some of its smaller opcos to Orange, the full scale of this is not immediately apparent. But what if this was really just the start of Bharti Airtel’s long goodbye to Africa? Consolidation will inevitably happen but then how do regulators ensure that markets maintain a competitive dynamic?

* No technical or business model innovation:

So whilst Africa has a massively improved network infrastructure many of same market blockages remain. What follows is a list of things that might be done by African regulators to achieve two things: firstly, to help existing operators improve their cost base; and secondly, to encourage new market players to invest in business models that will offer cheaper operating costs:

There are still African countries where there are public utilities (railways, water, oil and electricity companies). Competition and price levels in the wholesale market for those countries that have state incumbents will be greatly improved by these entities offering their surplus fibre capacity.

In addition, there are independent wholesale fibre providers (Liquid Telecom, Phase3, FibreCo) who are operating fibre networks that provide competition to existing providers. These kinds of third party fibre providers can be encouraged by offering licences for them to invest.

Google’s Project Link has demonstrated that it’s possible to create a metronet fibre provider that can both offer better prices and invest in metronet fibre that is more open access. Regulators need to learn lessons from its experiences in Uganda and Ghana and look out how they might encourage this kind of entity in their own country.

In many countries, there is no shortage of fibre but prices remain unrealistically high. Regulators need to insist that all operators with wholesale fibre make a dark fibre offer. Where there is only one operator, prices will need to be controlled by the regulator. These dark fibre prices can be benchmarked against the more competitive markets across the continent.

– Making it easier and quicker to build fibre infrastructure

African regulators and Governments need to ensure that the sale and administration of rights of way are dealt with by a single agency and that local administrations understand that getting fibre networks built is of national strategic importance, not another source of tax income.

Existing and planned ducts should all be available on a shared basis so that several operators can make use of a single physical infrastructure element. Building fibre ducts should be a mandated part of all major road or rail projects.

On the tax front, some African countries have removed import taxes from handsets. All countries should do this and include tablets and laptops in the same exemption. As the cheaper smartphones now in the market have shown, getting the cost of devices down does increase number of devices sold.

Companies should be licensed to distribute electricity to anyone operating a base station or tower. Facilitating reliable electrical power to base stations will improve quality of service levels and lower energy costs for operators.

– Encourage innovation in both technologies and business models

Regulators and governments need to actively encourage innovation that will lower operating costs and in so doing lower the final price of Internet access to users. This encouragement needs to focus on two areas: firstly, they need to encourage the roll-out of innovative technologies that will help change capital and operating costs. Secondly, they need to license companies or organizations offering new business models that will do the same.

In technology terms, there is everything from near technologies (already operating) like TV White Spaces and Millimetre Band to future technologies like lasers and drones. A few weeks ago Facebook announced its OpenCellular project, the equivalent of a network in a box. African regulators should be running pilots of technologies like this with the clearly announced intention of licensing operators to use it at the end of a pilot period.

In terms of new business models, regulators should be encouraging any one of a growing list of companies (including Argon, Mawingu, Vanu and Virural) to start rolling out to uncovered rural areas. Some of these new licensees could work directly with mobile operators whereas others could work independently. But each of these categories of licensees would provide coverage (voice and data) for those areas currently uncovered. Closer to the core, regulators need to find operators who will provide investment in the latest VoLTE technology or any other IP-based voice technology.

African regulators and Government need to start searching out those who can deliver innovations of these kinds and put out the welcome mat for them. If they do so, Africa may yet become a pioneering continent in terms of cheaper Internet access.

Balancing Act publishes a wide range of video and other resources, which can be found on the original of this article on their website.