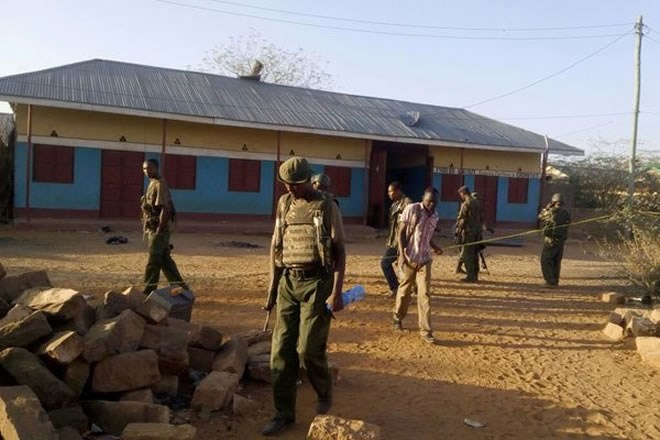 WASHINGTON By Harun Maruf. Armed attackers believed to be members of al-Shabab have attacked a residential housing area in the Kenya town of Mandera near the border with Somalia.

Governor of Mandera County Ali Roba confirmed the attack on Twitter. He said six people were killed, and one other person was seriously injured.

“We grieve with our families,” he said, adding “sadly 6 lives are too many to lose.”

Roba confirmed that security forces responded to the attack and were able to rescue 27 people, including the injured person, from the housing area.

A resident in the town says the housing area that was attacked belongs to Kenya’s ministry of public works. The tenants are either government workers or contractors working on controversial border fences, says the resident who requested anonymity.

Kenya media reported the attackers used grenades and then shot at the victims randomly.

As the attackers fled the scene they threw grenades and fired rocket propelled grenades according the resident. One of the RPGs reportedly hit a mobile money services shop. No casualties were reported from this explosion.

This is the latest cross border attack by al-Shabab since Kenya intervened Somalia in 2011.

Last year Roba narrowly escaped an al-Shabab attack when his convoy was targeted near Mandera.

A security source says al-Shabab has trained about 200 new militants from Somalia and Kenya that it plans to dispatch to the coastal regions of Kenya. The training took place near Badhadhe town in Lower Jubba region of Somalia according to the source.