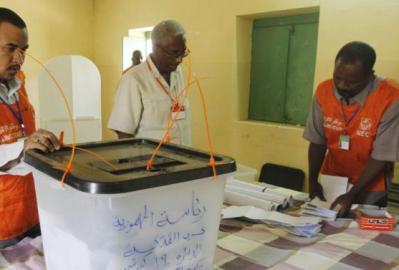 NCP political secretary Hamid Mumtaz disclosed that the political and armed movements participating in the dialogue have made two proposals to implement the outcome of the dialogue conference.

Mumtaz told the semi-official Sudan Media Center (SMC) that the first proposal calls for mandating President al-Bashir to form the national unity government, while the second proposal demands formation of the government three months after approval of the final recommendations by the general assembly of the dialogue.

“The general assembly [of the national dialogue] would choose between the two proposals in the presence of the heads of the political parties and armed movements [participating in the dialogue],” he added.

Meanwhile, Mumtaz, who addressed the NCP’s youth secretariat forum Sunday, said the dialogue conference doesn’t seek to re-unite the Islamists as claimed by some, stressing it aims to unify the Sudanese people to end the power struggle.

He underscored that the dialogue is a means to forge social and political partnership with all political parties and armed movements.

Mumutaz further pointed that the NCP and the political and armed groups participating in the dialogue are committed to implement the outcome of the conference.

The internal dialogue conference was inaugurated in Khartoum on October 10 th, 2015 amid large boycott from the major political and armed opposition.

The political forces members of the opposition alliance National Consensus Forces (NCF) and other parties refuse to take part in the conference before the creation of a conducive environment and the implementation of specific confidence-building measures provided in a roadmap proposed by the African Union mediation team.

Some significant political parties, such as the National Umma Party, the Reform Now Movement and the Just Peace Forum, that approved the process in the beginning. But later they suspended their participation, criticizing the government refusal to postpone the general elections and the lack of political freedoms.