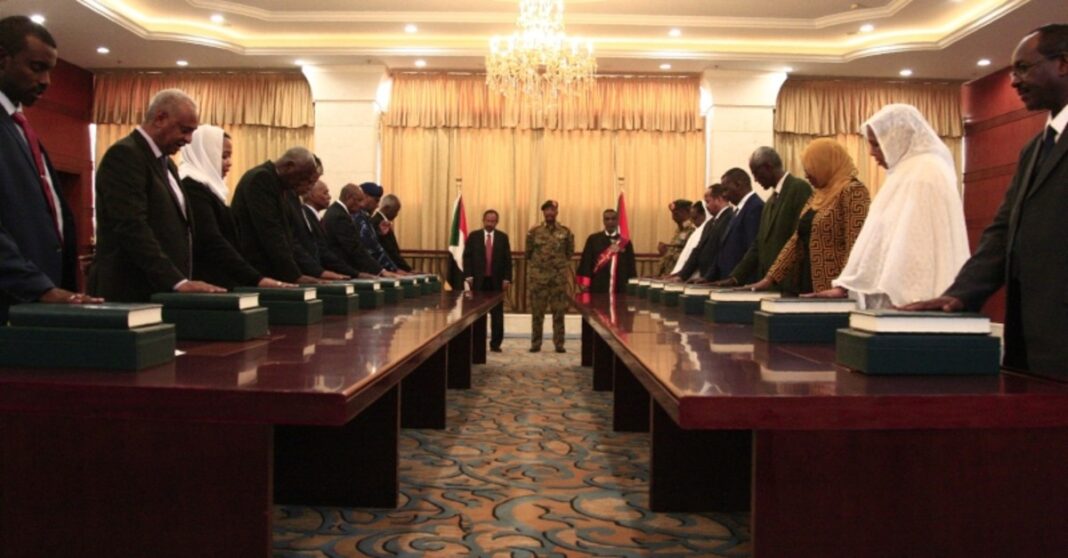 KHARTOUM (HAN) December 6.2020. Public Diplomacy and Regional Stability Initiatives News. Monitoring Regional Issues.  The Sudanese Council of Ministers officially announced its rejection of a decision establishing the Transition Partners Council (TPC) by the head of Sovereign Council and demanded to review it to be in conformity with the Constitutional Document governing the transitional period.

Leaked in Khartoum on Thursday, the decision gives broad powers to the TPC including directing the transitional period, resolving divergences and “any other powers necessary to implement its competencies and exercise its powers”.

The official spokesman for the Sudanese government, Faisal Mohamed Saleh, said in a statement on Friday that the decision to form the partners’ council is inconsistent with what had been agreed about its purpose.

“The powers (of the council) mentioned in the formation decision, especially the paragraph providing to granting the council – ’any other powers necessary to implement its competence and exercise its powers,’ give the impression that the Council will be the guardian of the various institutions, and this contradicts the political agreement and the constitutional document”.

“The power to monitor, follow-up, account, and direct the transitional period is the exclusive competence of the Legislative Council (…) he stressed.”

The spokesman further said that the decision did not take into account the representation of women and youth.

Al-Burhan’s decision caused an uproar in Khartoum, and many commentators did not hesitate to describe it as a coup against the revolution to hand over power to the military.

“The Council of Partners has seized all the powers of the Forces for Freedom and Change. Also, it is designed to control the Council of Ministers,” said a Sudanese commentator, Jaafar Abbas, in an article published on several news sites.

He added that this council establishes an alliance between the military and the Sudanese Revolutionary Front with the aim of storming the revolution, controlling the Sovereignty Council and the government, before to blur the bloody attack on the pro-democracy sit-in.

Ibrahim al-Sheikh, a leading member in the FFC leadership council, announced his rejection of al-Burhan’s decree saying that aid that the council’s powers had not been agreed upon between the coalition and the Sovereign Council.

“I join my voice to that of the prime minister. The powers of the council must be definitively unambiguous and unambiguous,” al-Sheikh said in remarks released on his Facebook page on Friday.

He added that they had agreed to establish a coordinating consultative council to resolve the disputes and divergences that may arise between its parties and any new issue that could emerge during the implementation of the peace agreement.

“This was our agreement and there was no reason to set aside what we agreed,” he emphasized.

The FFC are expected to hold a meeting on Saturday to take an official position on the new dispute with the military component of the Sovereign Council.

The two factions of the Sudanese Revolutionary Front did not issue a statement on this dispute.