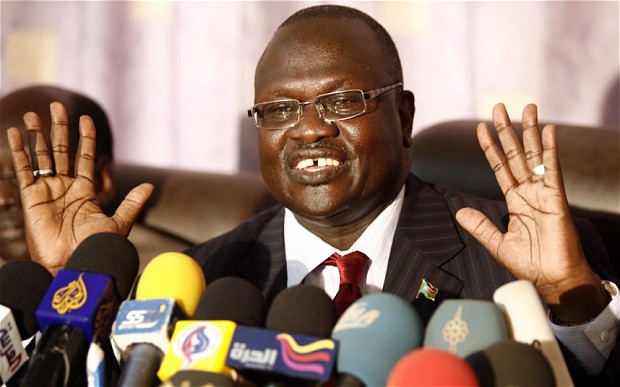 This comes hours after an SPLM-IO official, William Ezekiel revealed the unexpected development, which he attributed to logistical setbacks.

“Dr. Riek Machar will not come today as earlier announced and we are sorry for that,” said Ezekiel, told reporters stationed at Juba International airport on Monday morning.

Ezekeil said the plane that was meant to carry the armed opposition officials from their Pagak headquarters in South Sudan to Gambella in Ethiopia was behind schedule.

Edmund Yakani, the Executive Director of Community Empowerment for Progress Organisation (CEPO) told Sudan Tribune that Machar’s return was key for the formation of the TGoNU.

“CEPO strong believes that failure to form the Transitional Government of National Unity in the month of April, 2016 will offer more sufferings to the common citizens in all aspects,” he said, but was optimistic about the return of the armed opposition leader.