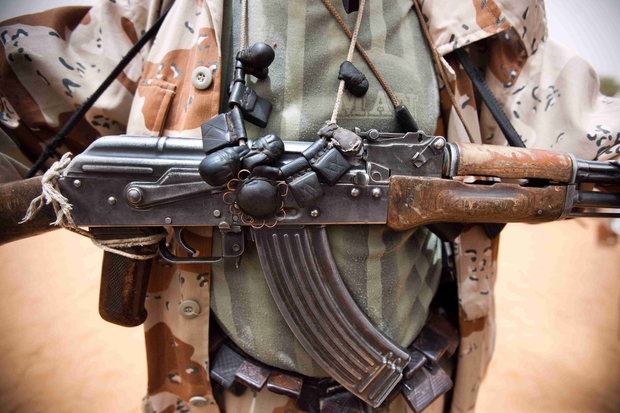 KHARTOUM (HAN) September 7. 2020. Monitoring Regional Issues.By Mahmoud A. Suleiman. At such pivotal occasions one would first find it necessary to pay tributes and ask Almighty Allaah’s mercy and prayers for the lives of thousands of the innocent Sudanese citizens that were lost during the years of the futile wars launched by the regime, the ousted Islamic National Congress Party(NCP), and its ousted genocidal fugitive from the international justice the dictator Omer Hassan Ahmed al-Bashir, and the hope for a speedy recovery for the wounded, and the hope for the return of the refugee and the internally displaced citizens to their original lands and homes and Welcome, without hesitation or reservation on the outcomes of the Sudanese Peace agreement, signed with initials in the peace platform of Juba, the capital of the sisterly state of South Sudan.

This article comes against the backdrop of the Sudan Revolutionary Front (SRF), the coalition of rebel groups from the western region of Darfur and the southern states of South Kordofan and Blue Nile, signing the peace agreement at a ceremony in Juba, capital of neighbouring South Sudan, which has hosted and helped mediate the long-running talks since late 2019. At this occasion I ask myself as to what am I going to say at this pivotal time when the long-awaited and remotely expected hope has been fulfilled? This state of mind has been lingering within us which was the fact that made us continue dreaming until we lived to witnessed the celebration of  the signing the  initials of the Sudan Peace Agreement in the Peace Forum in Juba, the capital of the sisterly state of South Sudan under the leadership of the beloved President His Excellency Salva Kiir Mayardit, and in the presence of the components of the Sudanese transitional government and representatives of countries in Our African and Arab surroundings regions, and the whole world around us.

It is a joy that resembles, as if we were in a dream; a thousand of congratulations to the mediation committee and to the components of the Sudanese Revolutionary Front (SRF) and to the Sudanese people as a whole. Indeed, these are historical moments mixed with the slogans of the glorious 19th December 2018 Revolution, which the revolutionaries chanted loudly Freedom, Peace and Justice.

This celebration is not only a moment’s event, but rather it goes on to address the roots causes of the chronic Sudanese crisis, which has continued unabatedly since the dawn of the departure of the British-Egyptian colonialism aka Anglo-Egyptian Condominium. Sudan has been plugged by endless series of military putschist – Coup d’ état regimes – that amounted to over thirty odd and lean years.

Sudan has witnessed and suffered 4 military coup d’état and 6 failed coup attempts during the 62 years after the departure of the foreign colonials, and after that came the failed internal colonialism characterised by Arbitrary ruling regimes; the worst and the 30 year long one has been the International Muslim Brotherhood Movement (MBM), Khartoum branch which the people of Sudan ousted following the Glorious 19th December 2018 Revolution.

At this stage let us leaf through what Ahmed Mohamed Tugud, a leader in the Justice and Equality Movement and chief negotiator for the Darfur track, reported about the outputs of the Juba Peace Platform and what has been achieved and expected include the following:

At the end of August and beginning of September 2020, a major work was accomplished on the Juba platform, and the results reached in their entirety were positive and promising, as a number of agreements were signed – the Juba Declaration Agreement, which includes the political declaration and the declaration of a cessation of hostilities, agreements on detailed issues and the signature came On the framework agreement that will draw the road map linked to the multiple files, and accordingly there were multiple paths and in the Darfur path with its many files, including the following:• The file of power sharing  • File of wealth sharing • Justice, accountability and reconciliation file• Compensation and reparation file• The land and hawakir file• The nomads and pastoralists sector development file in the Darfur region• The Internally Displaced People and refugees file• The file of the permanent ceasefire agreement and final security arrangements

And now negotiations are underway on the file on the final security arrangements, so a great way has been made about the male files, especially in the file of the return of the displaced and refugees, which if fulfilled positively helps the final return of refugees and displaced persons, knowing that this is linked to the land paper and thus has been completed Establishing the historical rights of people for the tribes, which is the restoration of all lands that were previously seized unlawfully or by using force and arms. Mechanisms have been formed for this paper for the return of people to their lands in Hawakeer in an organized manner. This is in addition to the justice paper that talks about the people wanted for international justice And the agreement to hand over the wanted persons to the International Criminal Court, in addition to holding accountable the persons who committed crimes in Darfur who are large in number and whose crimes are many, there should be other mechanisms capable of achieving justice, bringing justice to the victims and realizing the right of people who have been affected by the conflict, and therefore it was agreed to form courts Especially within Sudan, and special budgets and international oversight have been set for it in order for us to properly conduct justice without any external influence, which helps in recovering People have their rights in a quick and efficient manner. This is in addition to the file on wealth that addresses the historical imbalance and injustice in the distribution of resources and wealth in the country, and it was carried out with specific criteria on this division of wealth in addition to determining the region’s share of the earth’s resources from wealth, taxes, customs and sources of income. Governmental mechanisms were agreed upon, whether central, such as the revenue commission and the commission for resource allocation and revenue inventory, in addition to how to effectively and equitably distribute resources so that the imbalance that occurred in the past is addressed, and this is in the answer to the second paper on nomads, herders and farmers, where The dispute in the center extended to the outskirts of the country, and we agreed that the region’s share would be large with regard to the resources extracted from the ground through mechanisms that were agreed upon, whether local or in the center in Khartoum, such as the commission for resource allocation and revenue inventory, in addition to how to distribute resources effectively and fairly. In order to address the major imbalances that occurred in the past, either in the nomads, shepherds and farmers paper, which includes a large segment where the dispute with the center has spread to the parties And clear criteria were agreed upon so that the region’s share would be large in all sources of income. The government’s powers were also defined and with regard to the authority paper that has thorny issues related to the current political situation, the constitutional document and the mechanisms of transition in it at the level of the sovereign, the Council of Ministers and the Legislative Council. The most important of what has been achieved include the following:

Confirming the idea of ​​a single region for all of Darfur, and this will be done for the regional government after signing the peace, as clear powers have been achieved to enable the current government to implement what was agreed upon, and if this implementation paper is estimated, it will open to people the active political participation in power at all levels in the country of Sudan, starting with, the Council of Ministers, and the Legislative Council, in addition to the governors of states, state governments, and various bodies. This, through negotiation, the principle of the region was established among the marginal masses, especially the masses of Darfur, and this achievement would not have been achieved had it not been for the great effort that was made in the Juba platform, and in addition A unique investigation has been made for the civil service, where people will be absorbed upon the signing of the agreement. The final agreement will be made directly, where direct appointments are made by ambassadors and agents of ministries and global missions and in the civil service at a rate of twenty percent only after forty-five days from the signing of the agreement, after which the procedures are followed. And lasts for six months, followed by absorption of ten percent, to be completed to thirty percent in less than eight or nine months, and this is without the slightest doubt an achievement Great, as this applies to the judiciary or the public prosecution, and so on in bodies and commissions, and in all public and semi-public companies, and we believe that this is a great precedent for people.

The Sudanese Justice and Equality Movement (JEM) took the opportunity  of the initiative to celebrate the signing of the initials of the peace agreement in the peace platform in Juba through an interactive meeting to preach the agreement and set up a meeting in order to reflect on positive engagement in welcoming the peace and looing forwards towards the opportunities for implementing the agreement and on peaceful coexistence and scaling the social fabric by Ustaz Mahjoub Hassan Jalal Al-Din, Secretary of the Sudanese Justice and Equality Movement in North Darfur State, and on the guarantees for the implementation of the agreement; while the  Engineer Abu Bakr Hamid al-Nur, advisor to the Leader of the Justice and Equality Movement (JEM), said that the guarantee of this agreement is its implementation, on which the Sudanese people will depend on and look forward to its implementation  and Applying it to coexistent reality.

Among the important issues that need to be given a great care and attention is the issue of prisoners of war (PWOs) who are in the prisons of the ousted regime, especially prisoners whose place of imprisonment is unknown, and let alone those missing from previous battles and wars. Therefore, the parties that signed the peace agreement in Juba should hurry to disclose the whereabouts of those victims of these absurd wars of attrition.

In sum, the Sudan Peace Agreement, which was signed by initials at the Peace Forum in Juba, the capital of the sisterly state of South Sudan, found unprecedented support from all the Sudanese people and the armed struggle movements.And the Sudanese people have grown more joyful today when the peace agreement that signed in Juba has been resigned in Addis Ababa, the capital of Ethiopia, on the third of September 2020 by Dr. Abdullah Hamdok, Prime Minister of Sudan’s transitional government, and Commander Abdulaziz Al-Hilu Chairperson of the Sudan People’s Liberation Army SPLA-North who will keep his weapons until an agreement on secular state is reached.