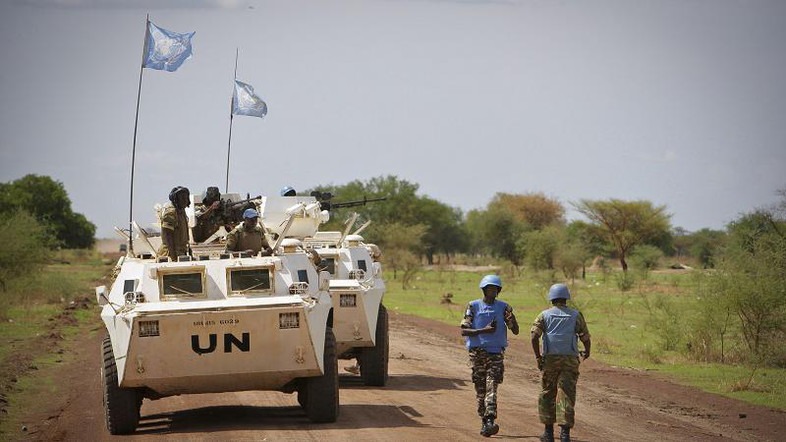 “It’s completely outrageous that in the same week we find out the Sudanese government has been blocking food supplies to peacekeepers, that they would even consider putting forward a candidate for the committee on world food security,” a Western UN diplomat in New York said on condition of anonymity.

Sudanese ambassador to Rome-based UN agencies, Amira Gornass, was elected as the next chairperson of the FAO’s Committee on Food Security earlier on Thursday.

The committee is an intergovernmental forum that reviews food security policies worldwide and reports to the UN Economic and Social Council.

The announcement of Gornass’ election follows allegations from New York that the Sudanese government has been refusing to release food rations and other essential supplies for UN-African Union peacekeepers in Sudan’s conflict-torn Darfur region, known as Unamid.

A senior diplomat from Sudan’s UN mission did not respond to repeated requests from Reuters for comment.

Humanitarian organisations and human rights groups have long accused the Khartoum government of slowing or blocking the delivery of food aid to displaced persons in Darfur and the Blue Nile State.

Relations between Khartoum and Unamid have never been good but have deteriorated in recent years. Late last year Khartoum ordered Unamid out of Sudan after it began investigating an alleged mass rape by Sudanese soldiers in Darfur. The government denies any wrongdoing by either its army or allied militia.

The Darfur conflict began in 2003 when mainly non-Arab tribes took up arms against the Arab-led government in Khartoum, accusing it of discrimination.

The mass killings of a decade ago have eased, but the insurgency continues and Khartoum has sharply escalated attacks on rebel groups over the past year.theeastafrican