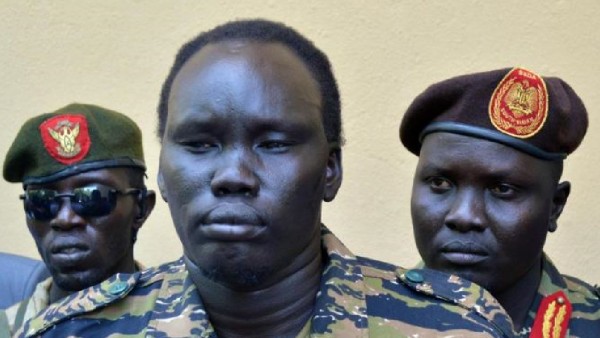 JUBA (HAN) October 5.2016. Public Diplomacy & Regional Security News. South Sudan’s security and military intelligence officers have put the country’s deputy defence minister and several other members of ethnic Murle officers in the army on watch list, saying their past conducts and actions warranted a close monitoring to gauge whether they are part of the recent decision by some of their members to defect to wage an armed struggle.

Multiple security personnel and military intelligence officers told Sudan Tribuneon Tuesday that the deputy defense minister, David Yauyau, has not been placed under house arrest but he and several of his colleagues have been put on a watch list after his former deputy in the South Sudan Democratic Movement/Army-Cobra Faction (SSDM/A-Cobra Faction) defected from the government last week.

The group, based in Pibor county of Boma state, home for ethnic Murle, declared to wage an armed struggle with the liked minded opposition groups, probably under the leadership of former First Vice President, Riek Machar, to change the regime in Juba.

A high ranking military official denied rumoured orders to arrest David Yau Yau but added that he is being monitored closely in case he may decide to defect too.

“Actually I am not aware of such orders as having come from the president or anybody in the Security Council. What I know, and which is a normal practice in the security for precautionary and preemptive measures that such people, like David Yau Yau, who is known for changing sides, are usually placed under closed monitoring and surveillance measures,” the military official told Sudan Tribune on Tuesday when asked to comment on reports alleging David Yau Yau had been put under house arrest in Juba.

“You know Yau Yau is unreliable. Who knows, he may be part of the conspiracy behind the recent defection. For this reason, he and some of his group [members] need to be closely watched until they prove otherwise,” he said.

Yau Yau’s former deputy, General Boutrus Khalid, declared his defection last week and claimed he defected with 16,000 soldiers of the SSDM/A. Other sources also said another officer has recently defected to the opposition with 5,000 troops to join General Khalid.

Senior officials in Boma state, including governor Baba Bedan, have however downplayed the defections, saying it will not impact on the situation on the ground.

Observers however say the defection may result to renewed violence in Jonglei state which has had experienced violence pitting government forces against those of the ethnic Murle fighters between 2010 and 2014.