Home frontpage South Sudan: Beyond the dangers of today to the hopes of tomorrow 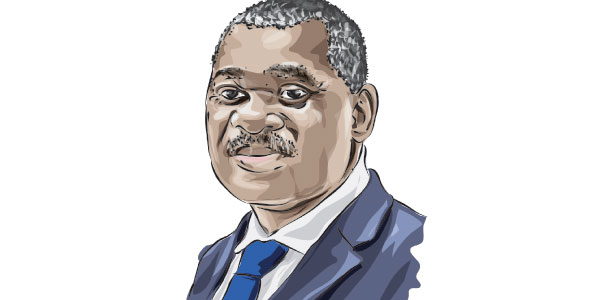 February 24, 2016 will be remembered as a historical day for South Sudan and indeed for the East African region. On this day, Vice President James Wani Igga launched the first National Human Development Report for South Sudan with the theme “People, Peace and Prosperity.” In his foreword, President Salva Kiir Mayardit affirms that the theme reflects what the South Sudanese as a people, aspire to.

For more than 50 years, the good people of this country have endured a brutal conflict that only few can even begin to imagine. Almost five years ago, against all odds, the country triumphed over marginalisation. Two years ago, the optimism of Independence and the hope for a better future suffered a setback because of conflict.

Today, the economic situation of South Sudan is not what the country aspires to. Its society is polarised and the delivery of public services is a serious challenge.

Despite these challenges, I have absolute faith in the indomitable spirit of this country and its people. If there is one thing that I have learnt from the history of our people, it is that you can never count them out. South Sudan will bounce back.

The report continues with the tradition of defining human development as a process of enlarging people’s choices. Countries are compared and ranked on how they enhance three essential dimensions of their citizens’ lives: Living long and healthy lives; acquiring knowledge that enhances people’s lives; and enabling a decent standard of living. South Sudan was ranked for the first time as an independent country last year, and it ranked 169 out of 188, which is better than many countries, including those that have not experienced war.

The report makes a number of interesting observations and recommendations. Let me highlight six of them:

First: South Sudan can secure the future it wants. The situation South Sudan finds itself in today is a consequence of a combination of human actions that can be corrected if South Sudanese genuinely “gives peace a chance.” With the right mix of policies, and a sense of purposefulness and determination similar to what got this country its Independence, South Sudan can overcome the challenges that confront it today.

For instance, the potential loss in human development is 86 per cent in Unity State while it is 72 per cent in Lakes State due respectively to the recent conflict and ongoing intercommunity conflict.

Third: We cannot have prosperity without peace and we certainly cannot have peace without people. Since peace must be the connecting rod between people and prosperity, I will share a few personal thoughts on peace. The peace that the good people of South Sudan seek goes beyond the cessation of hostilities; and indeed it goes beyond the Transitional Government of National Unity.

It includes the freedom to live a life of dignity, freedom from fear, freedom from want, and the right to pursue happiness. The peace that the people of South Sudan want is the peace that ensures that a young girl growing up in Raja, Budi or Akobo will secure her desire of going to school, have a decent chance in life and never waver in her strong belief that if she wants to, she can.

Fifth: If properly managed, oil can be a blessing for South Sudan. The report also finds that outside the oil sector, livelihoods are currently concentrated in low productivity, unpaid agricultural and pastoralist work.

Sixth: Short-term political goals can have long-term negative effect on development. The report argues the need for South Sudan to collectively practise the “art of the long view,” which translates into the ability to link the immediate to the long term, to visualise different kinds of futures other than the current trajectories of low growth and social conflict.

History will judge all of us by the extent to which we are able to foster and maintain unity, engender hope and unleash the potential of all the people of South Sudan to live in peace, prosperity and dignity.

The report is about the future we want. It is about hope and optimism. We must lift our eyes beyond the dangers of today to the hopes of tomorrow. It is the future, not the past that demands our earnest and anxious thought. Our responsibility to future generations demands that we listen carefully to critics, while rejecting the predictions of doomsday.

The future that we seek and are creating must be a brighter one. While there will be setbacks and bumps along the road — as we are witnessing with the implementation of the Peace Agreement — the truth is that our common values should be a force greater than the challenges we confront.

Eugene Owusu is the Deputy Special Representative of the Secretary General, UN Resident and Humanitarian Co-ordinator and UNDP Resident Representative in South Sudan. The UNDP report is available at http://www.ss.undp.org/