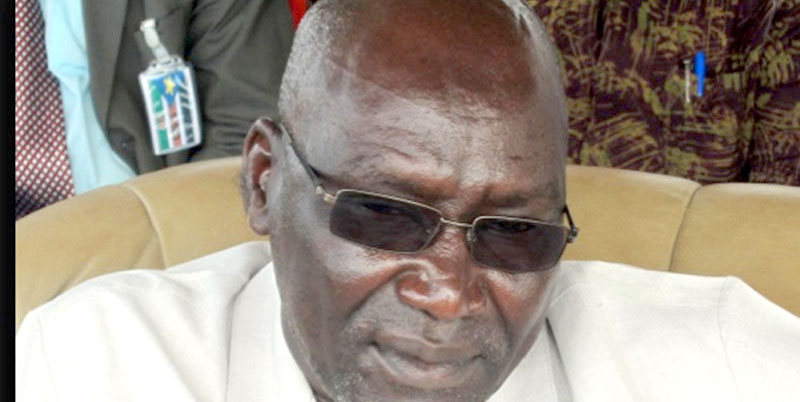 The chief of Sudan People’s Liberation Army (SPLA), is in a hospital in Kenya after he collapsed on Sunday, dispelling rumours that he had died.

General Paul Malong Awan was rushed to a military presidential medical unit after he was found lying unconscious in his room.

It was not immediately clear what exactly happened to the army chief of general staff.

No official statement has been released from his office or from the general command explaining the circumstances under which he lost control of his sense. Several family members told Sudan Tribune Tuesday that he had been treated for malaria and there was no need for concern.

In another attempt to diffuse tension and anxiety, Awan reportedly spoke to his family members on Tuesday by phone from Nairobi, assuring them he was in good health.

“My father spoke today. He told us that he is okay and that there is nothing to worry about him. This is quiet assuring and this is what I can tell you about the current status of my father”, one of general Awan’s sons told Sudan Tribune on Tuesday.

He quoted him as saying: “I am feeling much better and have been told I have high levels of fatigue and should take some rest,” Awan while speaking to his family members.

“I want to reassure everyone about my state of health after this incident committed by error,” Awan said from his bed. “Thanks to God, I am doing well.”

Rumours that he was ill had circulated widely before his fell sick, but were always denied by the government. A presidential source said doctors at the military hospital had conducted comprehensive medical checks and said Awan’s results were good.