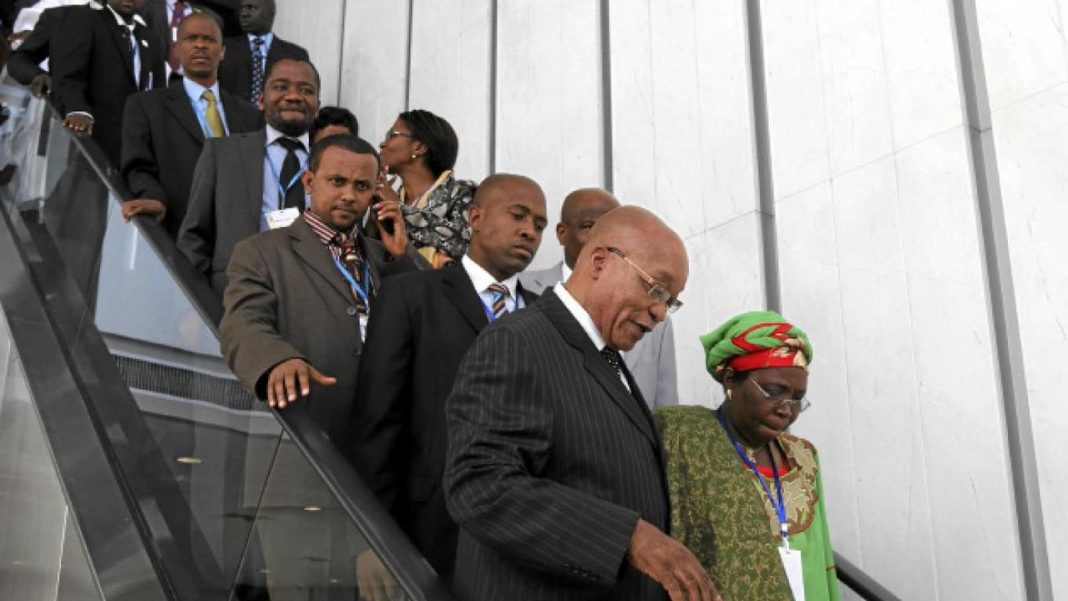 President Jacob Zuma has this morning, 8 November 2016, arrived in Addis Ababa, in the Federal Democratic Republic of Ethiopia to attend the African Union High Level Committee on Libya at the Level of Heads of States and Government scheduled to take place today.

The High Level meeting has been convened by the Chairperson of the African Union, President Idriss Déby Itno of the Republic of Chad, to review the evolution of the situation in Libya and related regional and international efforts aimed at addressing it, and to agree on a way forward.

The members of the AU High Level Committee of Heads of States and Government on the Situation in Libya are Algeria, the Republic of the Congo, Egypt, Mauritania (Chair), Niger, South Africa and Uganda. The AU Representative for Libya is the former President of Tanzania, H.E. Jakaya Kikwete.

President Zuma will also participate in the Second Extraordinary Summit of the Volunteering Nations of the African Capacity for Immediate Response to Crises (ACIRC). The aim of this Summit is to discuss the status of the ACIRC Force following the conduct of the UTULIVU AFRICA I and II Command Post Exercises (CPX) and the verification of the pledged capabilities from May 2014 to April 2015.

It was introduced as an interim measure, pending the full operational capability of the African Standby Force (ASF), to provide the AU with a rapid military response capability with the specific objective of preventing emerging genocides, crimes against humanity and war crimes.

Issued by: The Presidency