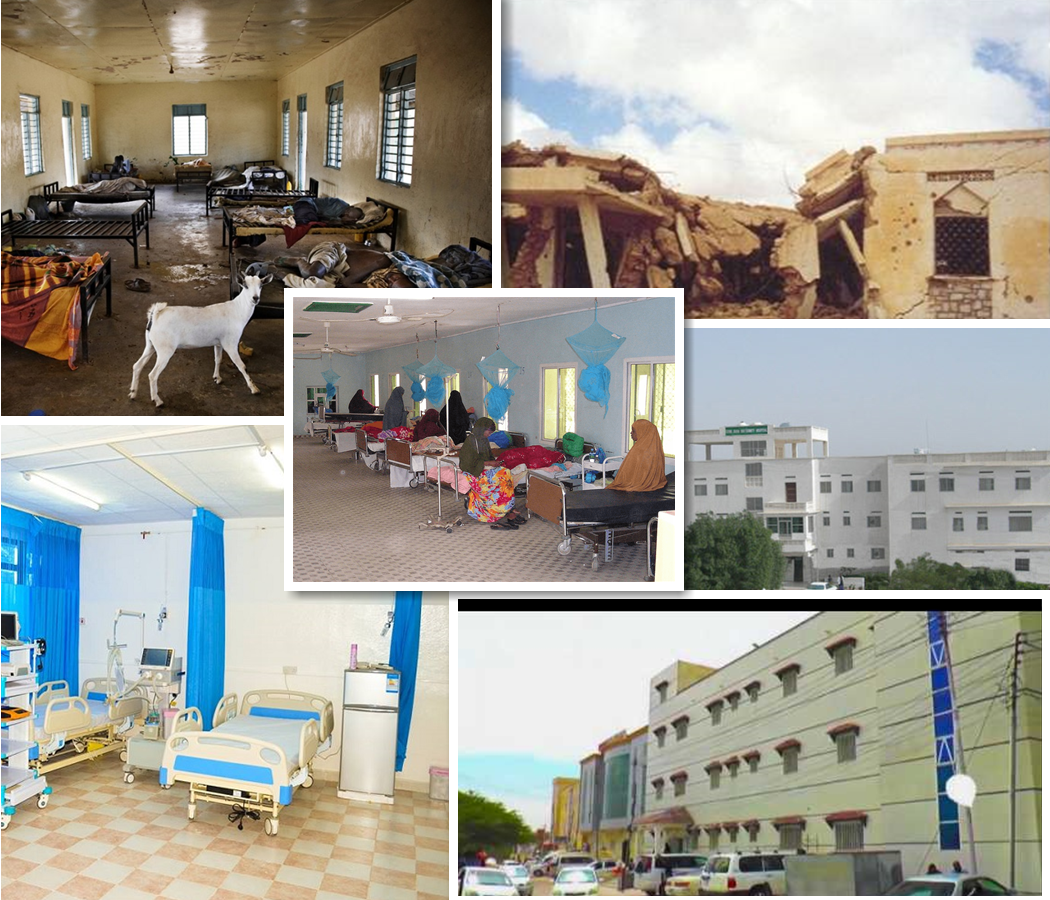 In the late 80’s and early 90s, one could say wars left existing facilities in shambles. Reasonable. After two decades, Somaliland health facilities have physically improved but systematically waste lives by the minute. That is quite unreasonable – if not criminal.

At the best of times, everywhere in the world, health-related mistakes happen. Lives are lost to a number of reasons – justified and unjustified. It is what is being done about curtailing an unnecessary loss of life, distress, negligence, mismanagement, criminal practices and the proliferation of bogus clinical facilities with their bogus ‘doctors’ which, ultimately, saves lives or loses them.

In Somaliland – as the case in Somalia, accountability to the public or government on the part of health facilities and health personnel is unknown. The situation has reached a stage where lives do not matter at all. Where white, health workers’ gowns mean, to many,  death and/or deprivation of health rights, not salvation and relief. Somaliland health facilities have turned into paying ‘hostels’ for the suffering without, ironically, the least benefit of an accompanying, reliable health care or system and round-the-clock treatment as to be expected. Poor value, careless or outright criminal ‘treatment’ is the norm of the day. The Dollar rules the day. The ‘reaper’ takes over the rest.

Not all medical facilities are shipshape. Not all health services are hundred percent perfect. But, at the least, some try. If they fail, there are no regrets.

What about those many others that neither try nor hide the fact?

In  Somaliland, major health-related problems which have surfaced thus far abound. They can be grouped into several major heads. Common conditions at hospitals in the capital, itself, and the undeniable situation that is starkly visible even to the least initiated but observant

Common conditions at hospitals in the capital, itself, and the undeniable situation that is starkly visible even to the least initiated but observant eye, suffice. The situation may vary in degrees. On a scoreboard of 1-10, one may conclude that none of them scale up beyond 5.

Surveys conducted in the United States, report that, yearly, millions of lives are avoidably lost due to either hospital-acquired infections, boggled/mistaken surgeries, wrong prescriptions, overdose, anesthesia administration, mistreatments, misdiagnosis, misused equipment, treating the wrong patient with wrong medication, fake doctors and bogus nurses administering drugs that make the sick sicker – sometimes speeding him to the burial place or to outright health personnel negligence. It is horrifying to imagine what can happen in a place like Somaliland where a human life is valued far less than a pilfered Dollar.

Misread, miswritten prescriptions, deaths under needless surgical knives, inordinately disproportionate sedation, bogus or boggled up operations and intentionally overlooked, ignored operation cases often account for more fatalities than all the rest put together. In all of the preceding instances, there is a money angle involved. Prescriptions, such as the one below is designed to take money to the pharmacy owned by the doctor or the institution he works for. As surgeries earn money for the doctors, the anesthesiologists, and the nurses, patients often end up on a paid operating table after exhausting a convoluted round of meaningless tests and hundreds of wasted hard cash.

Imagine how many similar ‘line-and-dash’ prescriptions arrive at that pharmacy. Stranger is the fact that ten people each handing over the counter look-alike, line-and-dash prescriptions given ten different types of drugs. How on earth is that possible? It is possible in Somaliland.

Imagine, too, the unregulated ‘counterfeit’ products filling the shelves behind the ill-educated ‘pharmacist’, and the heaps of plastic bags waiting under the counter to be filled up for the people lining up on the street side of the counter with their ‘line-and-dash’ prescriptions.

If mistakes and scores of others happen in the developed world, there is nothing to prevent them and dozens of others to repeat themselves in Somaliland medical places by the second. We submit deaths to fate and do not look at the circumstances. Patients carrying conversations with their visitors or relatives by their bedside die right after being given one drug or another. People die under sedation by the tens.

People who can afford to go abroad are treated of the ‘medication’ given them at home more than any real ailment. The not-so-lucky die slowly and painfully under the mercy of the unscrupulous.

It is horrifying to imagine what can only happen in a place like Somaliland where a human life is valued far less than a pilfered Dollar – where prying into these matters can land one in jail or in ‘injuries’ if not in a coffin.

The purpose of this article is to correct, not to criticise.

Management: At the Hargeisa Group Hospital and Gargaar, for instance, hospital

managerial staff are almost invisible. In-Patients are cared for more by relatives than an existing system. Visitors are not restricted. Cleanliness is not a top priority.

Resident doctors are a rarity. One gets hold of one in a crisis more on personal connections than on following a regimented schedule or system. It is quite impossible to find one in the late evenings until the next morning.

There is no control over nurses and nursing duties. No law or policy to put doctors and their assistants under strict supervision and control.

There is absolutely no accountability and no punishment for criminal negligences and intentionally perpetrated acts of horror on patients.

Paying Patients: More emphasis is placed on prompt payment at payment wards than public health care. Some of the rooms are more expensive than 70% – if not more – of fairly-equipped, modern hotel rooms in Hargeisa. At Gargaar, for instance, one notice paper splattered on all the corridors reminds sick inpatients that beds are not for free, and payment should be attended to without fail. At the Hargeisa Group Hospital, there are more payment wards springing up than public wards turning the joke of free national health services on the public.

Even at the public wards at the Hargeisa Group Hospital – government facility, a patient has to buy a strip of aspirin, gauzes, drugs, laboratory tests all the way to the operating table. Only at the HGH one can find rooms called the V.I.P. where top paying patients are checked into – TV and all.

Revenue realized through proceeds from room rentals, laboratories, imaging, consultations, pharmaceuticals, etc. by the HGH per month is not available. One can, however, make a credible guesstimate by adding up the flow of hard currency into the hands of the cashiers (legitimate) and operators (illegitimate). Neither revenue is accounted for in a transparent way as register books/journals/ledgers are not regularly inspected by any external auditors and other authorities.

Nursing: First-year, second-year and third-year ‘university’ students take over nursing duties in the afternoons and evenings without supervision on the expense of ailing patients, patients in pain consequently causing uncharted, unregistered, un-retributed deaths and disasters.

Almost all the universities and institutes, in Hargeisa have crossed the line. Only Manhal keeps such practices out (of course, they will attempt to deny).

Catheters fixed wrongly can give infections an easy passage into the body. Look-alike tubes. Dirty hands do the same. There are varieties of tubing used for medical purposes which are interchangeable. On many an occasion, even the trained can mistakenly connect a feeding tube to an intravenous line (IV), leading to suffocation.

One can only imagine what happens when a child-student with no medical treatment experience poses as a learned hospital hand, or ‘doctor’ wielding syringes or fixing tubes or advising on doses.

This happens at all the hospitals in Hargeisa and elsewhere, with the Hargeisa Group Hospital (HGH) giving a field day to the greatest number of these unchaperoned kids.

The National Health Professions Commission (NHPC) was into operation in June 2014 on a presidential decree drawing on the Health Regulatory Act 19/2001 which was passed by the parliament in 1999.

Some of the core, mandated functions of this statutory body, among others, include:

Anybody in Hargeisa and the other main cities in Somaliland can tell you none of the above three have been fully implemented. The NHPC is hampered by limited technical and professional capacity, it has been said.

The first half of the first of the three tasks above has been partially undertaken. The monitoring part has not been conducted. So are the two other points: monitoring, evaluation, taking disciplinary action, investigation and taking action on malpractices, misconduct and misrepresentation of the profession would have become a thing of the past if those functions were followed through.

On the same taken, lawsuits on non-compliance of standards are yet to appear in the justice system of Somaliland despite the professional recommendations of reports such as that in the Assessment of the private health sector in Somaliland, Puntland and Central Somalia of 2015 (Buckley, O’Neil & Aden). Unless culprits within the medical profession are held culpable for their crimes and accordingly punished, the waste of life by the second in the hands of quacks and ruthless money-churners will continue. 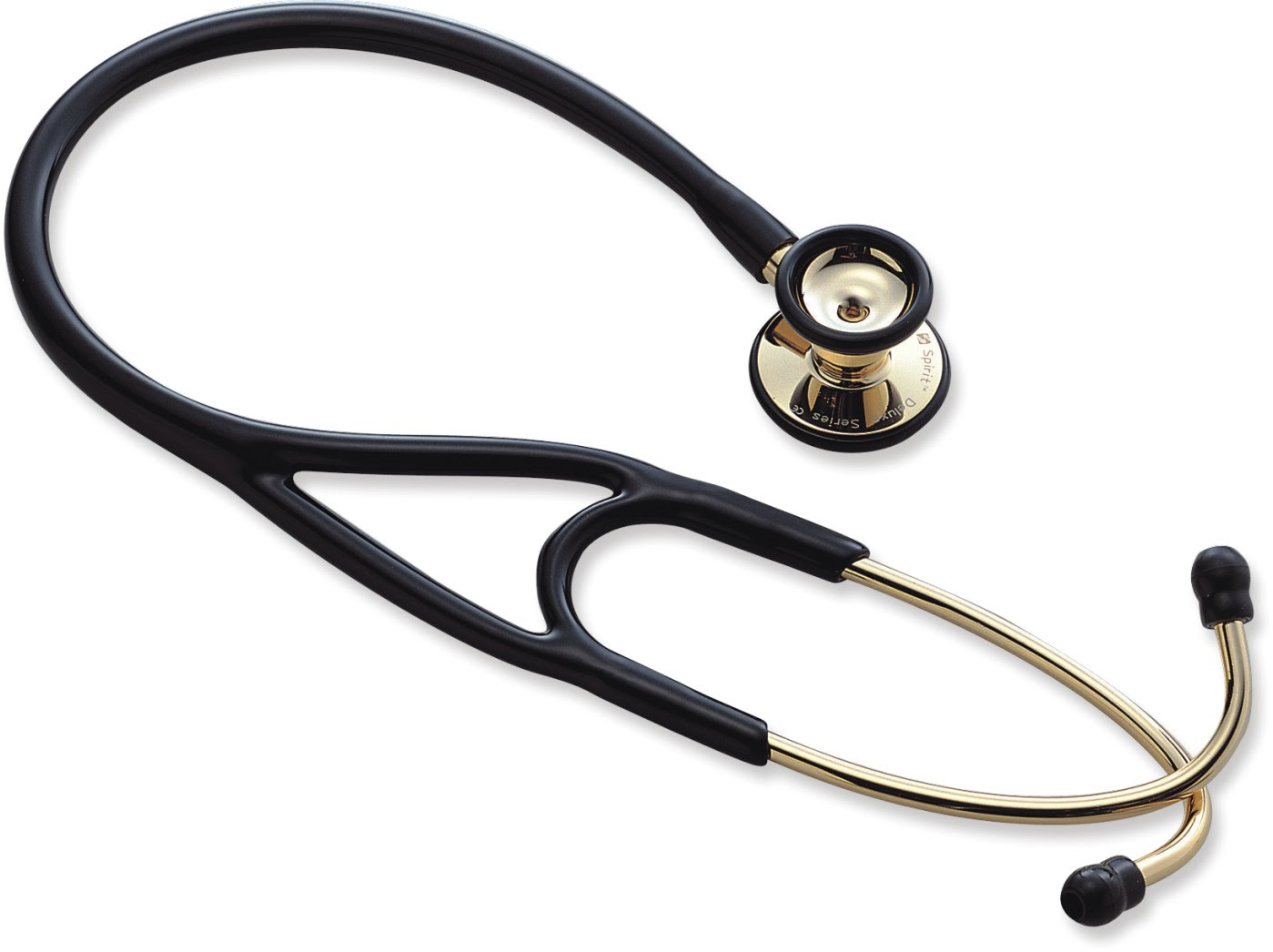 Below are some services and departments without which no half-decent hospital can operate. At the HGH, some are in place. Some are not.

The table below defines a few. It states their functions, current status at the, for example, HGH, and how that status affects patients and the population at large. The ‘comment’ column suggests improvements needed, too.

Departments such as catering, pharmacy, cleaning and laundry, accounts and outpatient services exist. Like the rest, these need to be improved and developed to make them serve hospital objectives and the optimisation of health/medical services.


There is none. A Board of Directors is nominally named for the Hargeisa Group Hospital which exists, these days, only in name. None (that is known) exist for other health facilities such as Manhal, Gargaar and National.