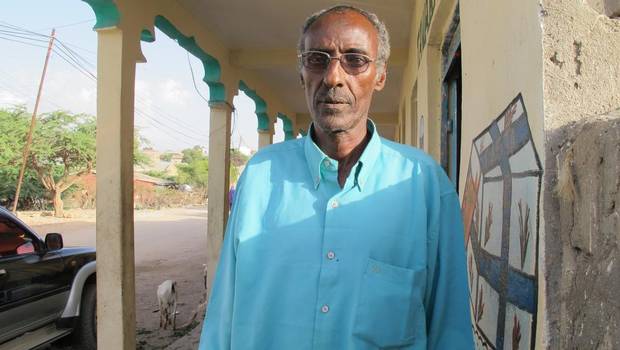 Mogadishu (HAN) March 21, 2014 – By Hamza Mohamad:  It has been few years since any attack by the group occurred in Hargeisa. No week goes by in Mogadishu without Al Shabaab carrying out some sort of an operation in the capital. While their brothers and sisters in Hargeisa enjoy peace and stability scores of civilians continue to lose their lives in the Somali capital in Al Shabab related incidents every year.

Residents of Hargeisa are more liberal compared to those in Mogadishu who appear more conservative in their practice of the religion. Shisha dens and Khat parlours are thriving in Hargeisa. Surely, Al Shabaab will prioritise Hargeisa over Mogadishu. Nope!

There are no African Union troops in Hargeisa. Thousands are based in Mogadishu. Yet, Al-Shabab can attack Mogadishu at will. But not Hargeisa where the cheaply-assemble local force is keeping order.  There is also this town in central Somalia. This town, Adado, is a short drive from one of  Al Shabaab’s main strong holds – El Bur. Yet this town is a real oasis of peace.  There are no security checkpoints for vehicles travelling from Al Shabab towns. Maler  residents of this town sit outside listening to music and chewing Khat most evenings.

Unlike their colleagues in Mogadishu soldiers in this town don’t fear attack by the group. Some locals travel from nearby Al Shabab controlled towns to chew Khat in this town. Adado is very vibrant. Trade is booming. Its airport receives flights regularly. In a nutshell Al Shabab should have taken this town long time ago to increase their revenue base  and impose Sharia law but they haven’t. Why? This town is home to pirate king pins. Aid groups operate without problems. Like Hargeisa there are no foreign troops in this town preventing Al Shabab from taking  over.

The reason these two towns have been spared Al Shabaab attacks is well know to those in the  corridors of power in Mogadishu. Their international allies know it very well, too.  What Hargeisa and Adado did to spare their people is NO secret. EVERYONE knows it. But, see, that option doesn’t suit Mogadishu and its allies. Their personal interest trumps  the lives of the locals. After all it is not their sons and daughters dying in this  unnecessary war. The life of a Somali in South and Central Somalia is cheap.  As an elder once told me, “Mogadishu has put on blindfolds and ear plugs when it comes to  finding solution to Al Shabab.”

– FYI Al Shabaab leaders’ clan don’t reside in Adado so ‘he is sparing his hometown of  Hargeisa’ is not true!

Regional Security Background Note: Bashe Abdi Godane (Photo) is the 54-year-old brother of Ahmed Abdi Godane, the shadowy leader of Somalia’s terrorist group, al-Shabab. His mother’s house in Hargeisa, the capital of the self-proclaimed nation of Somaliland, was raided by police commandos in early May, and two of his brothers were taken into custody without charges. Bashe Godane says he hasn’t seen Ahmed for many years and he disagrees with his extremist views.

Somaliland Anti-Terrorism tactics: As part of the crackdown on the family, two brothers of the terrorist leader have been detained for weeks or months without being charged with any offence. One brother, Ali, was arrested in Hargeisa the day of the police raid. Another brother, Mukhtar, was arrested four months ago and remains in custody in a Hargeisa prison, according to Bashe Abdi Godane, a third brother.

The family has not seen Ahmed Godane since the 1990s, and it does not share his extremist views, Bashe said. If the authorities want to capture him, they could easily find him with Western surveillance technology, he said.

“I don’t know where he is, but even the White House knows where he is,” Bashe said in an interview with Geoffrey York/The Globe and Mail.
–

HAN & Geeska Afrika Online (1985-2014).  The oldest free independent Free Press in  the region, brings together top journalists from across the Horn of Africa. Including  Ethiopia, Somalia, Eritrea, Sudan, Djibouti, South Sudan, Uganda, Kenya, Oromo, Amhara,  Somali, Afar and Harari. Plus, we have daily translations from 150 major news organizations  in the Middle East and East African regions. Contact at news@geeskaafrika.com