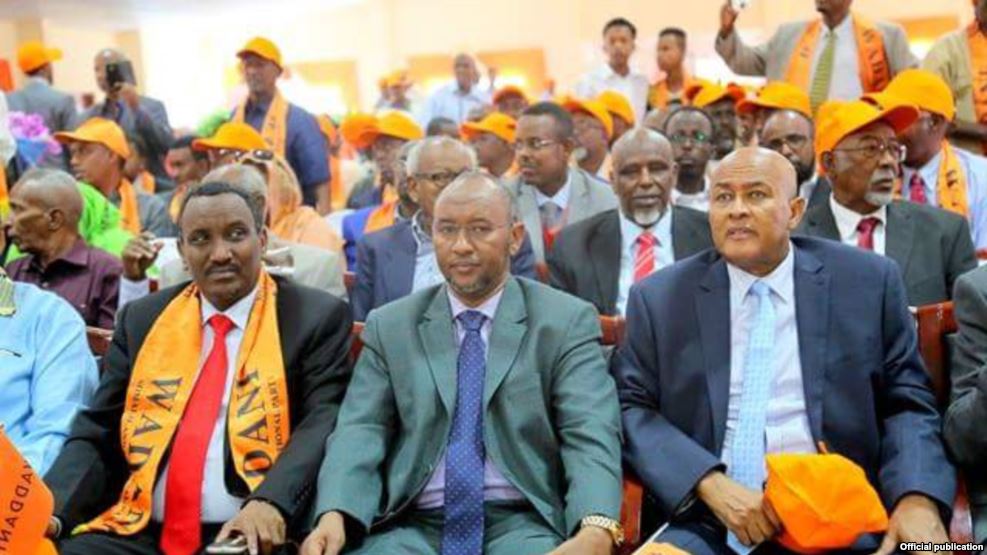 The secret for Wadani party isn’t a secret. And it can be summarized in one word: at the Wadani party there is JUSTICE, party rules apply to all from top to bottom without clannish agenda. The news had spread and heavyweight politicians of integrity flooded to the party to contribute expertise and finance while Kulmiye bribes voters with monies and fake state ministers without portfolios. A candidate of minority background declared as running mate for the presidential candidate. The continued escape and massive defection of the ruling party Kulmiye core players reflects maladministration by the party and its government. Trying to fool smart voters, Muse Bihi of Kulmiye candidate says “had I been the president, things would be better unwittingly devaluing the little achievement of his government if any”.

Given the bad experience in military regimes, Somalilanders hate soldiers and guns as many of them are so traumatized by gunfire caused by military men’s brawl. Kulmiye party has no room for discussion since its structure looks much like military junta who always feed each other on how to force voters or do whatsoever it takes to rob power.

But Wadani is totally different. Its programs are fascinating and beneficial:  the manifesto has been released to the public for judgment. The declaration of Wadani party manifesto compiled as a book from various grand input from Election Campaign Consultants of democratic countries. The key driver of youth flight to Europe then dying in the desert or the Mid Sea like lemming is the lack of jobs. The party promised to alleviate and uphold the rule of law to attract global investors to the country to enable youth gets employment. Unlike Kulmiye presidential candidate which publicly accepted Mayors of Hargaysa, Berbera, and Gabilay donations of thousands $ from the public purse regardless of the wrong to campaign on outlaw funds, Wadani doesn’t accept doubtful funding. Kulmiye is notorious to accept whatever fund is on offer violating the constitution. And that’s why drug lords, war profiteering firms, and agents of overfishing companies flooded from neighbors and beyond aligned with Kulmiye partys. Voters and key statesmen realized the greed and doubt how this people with insatiability be trusted with the future of 3.5 M people.

Would this escape of cadres from the party of Kulmiye be a wakeup call and prod the government to reform its policies and make overall reshuffle at the least to prevent from further escape or would they bury their heads in the sand until the last one runs away? Only time will tell.

No days passes without Wadani party receives new grassroots supporters who fall in love with its match of image with reality inside. As the ruling party faces further breakup into wings from clannish to ideological, Wadani’s massive support from public continue unabated.