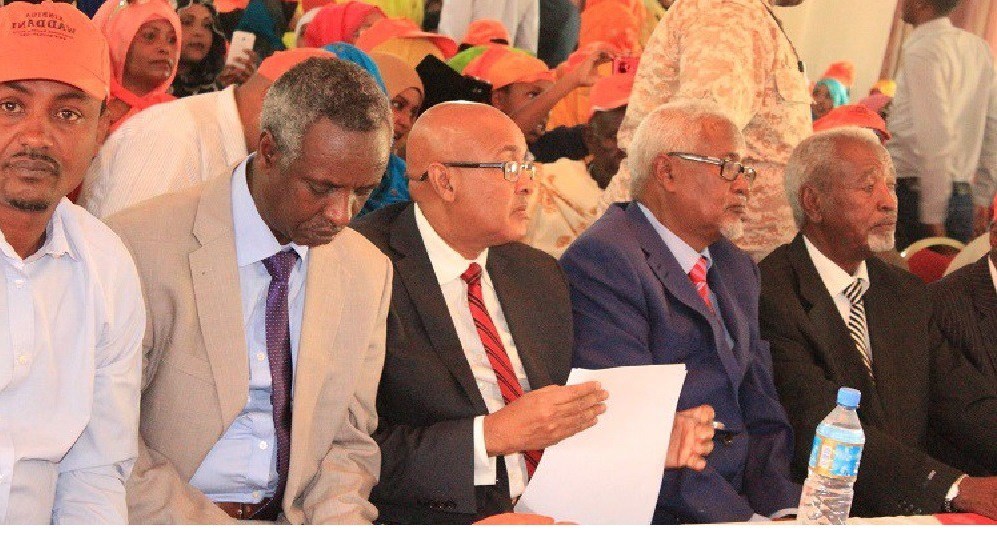 By Abdirahman M. Dirye. The situation was desperate: basic necessities were running out and the famine intensified with no Go or rain season in sight,  Hirsi’s decided to lead Wadani delegation in Nairobi and returned to Hargaysa accomplished their travel goal: alerting the world of the severity of deteriorating famine in Somaliland. They met donor countries of US, Demark, United Nations, and EU, to ask for humanitarian assistance to alleviate the pain of the Somaliland suffering people. UK, Germany are offering 7 million Pounds, 5 million USD respectively in aid to Somaliland suffering massed affected by the hellish famine, the rest, as it seems, would reveal their assistance soon. But the government supposedly to appreciate the Wadani opposition party’s contribution to the nation’s mitigation of the famine, a state minister without portfolio uttered unexpected “if Mr Iro the opposition party leader wasn’t Somaliland Speaker of Parliament, he was arrested”. The minister declared that they want to arrest Somaliland Speaker of Parliament when he returns to the country. His offense: showing up to convey the message of famine, which killed a quarter million animals.

They thought Wadani party outmaneuvered the ruling party led by Mujahidins of ex-warlords,

Upon return, Hirsi Haji Ali the Wadani party delegation leader stated, “I was blamed power exclusive ownership because of the government position I held, now why are they making fuss about?” I am out of government but (still engaged in my country’s betterment)”.

The minister’s remarks on arrest of the Somaliland Speaker of Parliament created blowback and alienated large segment of pro Kulmiye voters. His cruel utterances were interpreted (wrongly perhaps) to leave Somaliland suffering people to rot so that the presidential elections are postponed indefinitely on the grounds of famine in absence of aid where they die en masse! Nevertheless, this is extreme explanation.

“the decision to tour the region, meet the world and send emergency appeal to international community wasn’t a right alone but also a moral obligation upon our shoulder as party needless to seek permission” Abdirahman Iro said in press conference upon his return at Egal Airport International.

The trip was, to say the least, a resounding success.