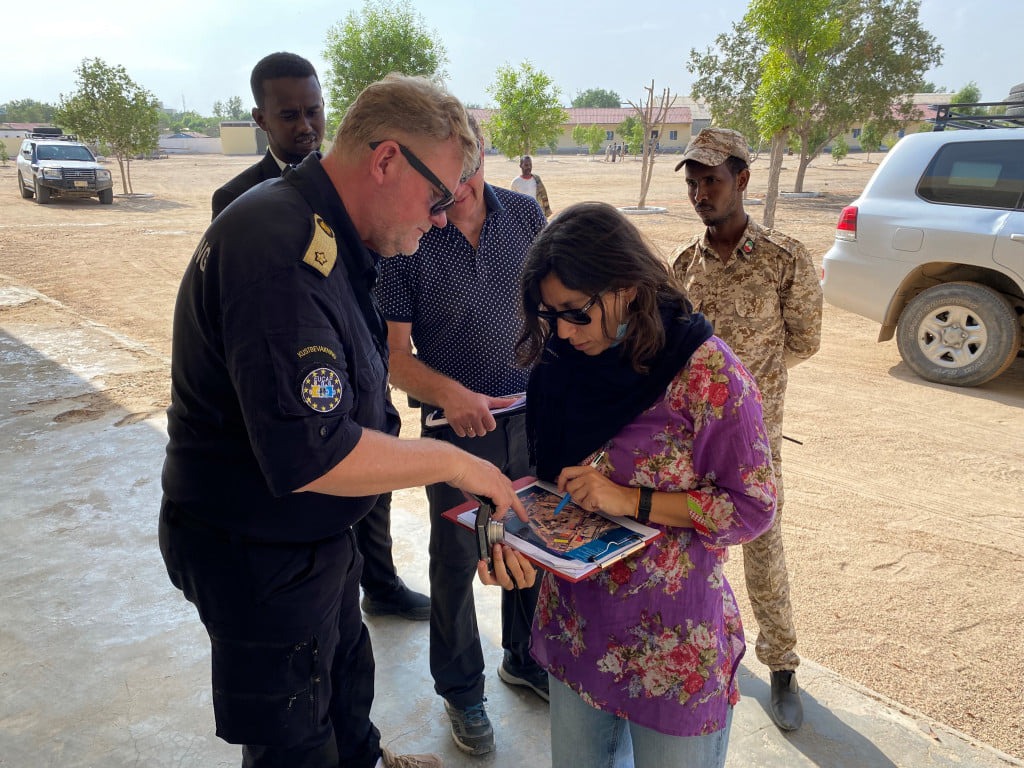 According to Maritime-executive and IGAD2020 regional security Watch. The Indian Navy is participated in the IN – EUNAVFOR joint naval exercise with warships from the Italian, Spanish and French Navies, in the Gulf Of Aden.

“A total of five warships from four navies are participating in the exercise on 18 and 19 June 2021. Other warships include Italian Navy Ship ITS Carabinere, Spanish Navy Ship ESPS Navarra, and two French Navy Ships, FS Tonnerre and FS Surcouf,” the Indian Navy said in an official statement.

EUNAVFOR and the Indian Navy converge on multiple issues including counter piracy operations and protection of vessels deployed under the charter of World Food Programme (UN WFP).

Background 2021: As of the beginning of September 2022, the high risk area (HRA) for piracy off the Horn of Africa was reduced with the European Union’s naval operation in the area asking for a new approach to maritime insecurity in the area including taking into account “new threats”.

Operation Atalanta of the EU Naval Force Somalia said in a statement the presence and effort of naval forces boosted by the implementation of ship protection efforts is responsible for “suppressing” Somali piracy.

“While the root causes for piracy have not yet been suppressed, pirate action groups (PAGs) and their kingpins diverted operations to other crimes such as smuggling, exploiting insecurity created by the Yemeni conflict.

“The shipping industry considers the designation of an HRA based solely on the threat from Somali piracy is outdated and a more dynamic mechanism to account for the changing threat environment in the region is required.

The discussion, according to the statement, is about threat and not risk (as defined in Best Management Practice 5). In this vein the shipping industry states while the area cannot be deemed “high risk”, maritime security threats are present and some designation is required. This will allow the maritime industry to implement ship protection measures based on voyage risk assessments.

“Taking the threat assessment outcome into consideration, the BMP co-authors believe a two-step approach should be taken to revise describing maritime security threats and informing the industry’s risk assessment processes.” Indications are this will be completed by year-end.

EU NavFor Atalanta commitment to seafarers’ safety and security will continue as per its mandate, the core of which is protection of WFP (World Food Programme) ships and “other vulnerable vessels, irrespective their flags”.