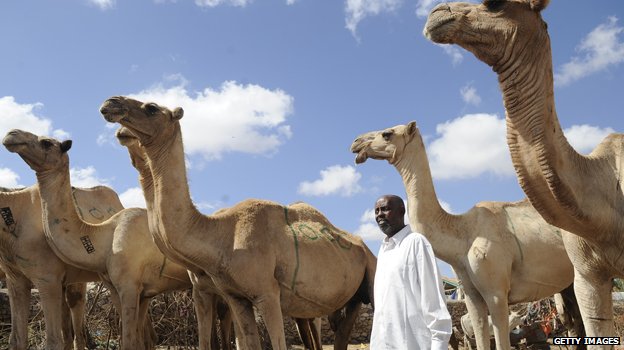 During the weeks of the peak season, a steady stream of the finest animals have arrived from markets around the Horn of Africa to be shipped across the Gulf of Aden to Saudi Arabia, destined for ceremonial slaughter in the lead-up to this month’s annual Hajj pilgrimage in Mecca and the Eid al-Adha celebrations that will fall on September 12.

Somaliland is a breakaway territory in northern Somalia that declared itself independent in 1991 but remains internationally unrecognised. It has one of the lowest gross domestic products per head in the world and a youth unemployment rate pushing 70 percent.
Livestock production is the backbone of Somaliland’s fragile economy with up to 80 percent of the territory’s export income generated by sales of sheep, goat, camel and cattle.

Around 5.3 million animals were exported throughout 2015 from greater Somalia’s three fractured territories of Somaliland, Puntland and South Central, constituting a six percent increase on the previous year according to the United Nations Food and Agriculture Organization (FAO).

Between Berbera and the neighbouring ports of Djibouti and Bosaso, this trade movement of live animals is one of the largest in the world.

In May this year, Dubai-based global ports company DP World won an historic bid to expand, operate and manage the Berbera port for a period of 30 years in a landmark deal worth $442m.

The project aims to boost trade for underdeveloped Somaliland, open a trade corridor connecting landlocked Ethiopia to the Red Sea and take pressure off neighbouring Djibouti, one of the busiest ports in Africa.