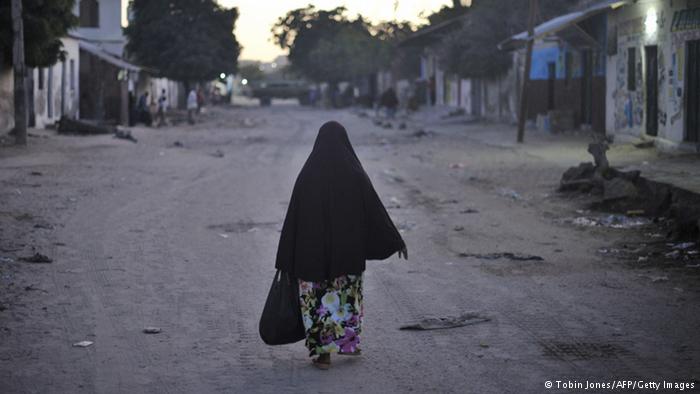 After the Kenyan government announced in May this year that the Dadaab refugee camp would be closed by the end of November, thousands of Somali refugees have already returned home. At least two flights carrying refugees from Dadaab arrive in Somalia´s capital Mogadishu every week.

The Kenyan government said the camp was a threat to security and had been used to plan attacks within the country. Many Somalians, who make up the majority of inmates and who fled fighting in their home country decades ago, have opted to return home but are uncertain of what future awaits them.

Ardo Mohamed Abdulle has five children, two of whom were born in Dadaab. She has spent 12 years in exile. She told DW she is happy to return to Somalia.

“I am very happy to come back to my country of origin, where I was born. We were ordered to leave the refugee camps, which is why I returned home with my children. We have relatives in Mogadishu [and] we will try hard to rebuild our life gradually. We are asking the government to help us rejoin the community,”Abdulle said.

Somalia is gearing up for a general election next month and resettling refugees appears not to be a major priority for the government. There is no official presence at the airport to welcome the returnees nor is the topic covered by domestic media. This apparent lack of interest is one reason why the returnees are worried about their future.

Hawo Abdi Mohamed, a single mother of a partially paralyzed four-year old boy, says she has mixed feelings; on the one hand she is happy to return home but she is also worried about her fate. “Our Somali government did not receive us well. We were asked to leave the refugee camps. That is why we came back with some expectations. I want to think about ways to restart my lifestyle from scratch here in my country,” Mohamed said.

Mohamed Sheikh Mohamud, a Somali political analyst, criticizes the government for not being prepared for the influx of returnees. He says failure to deal with the refugee crisis in Somalia will make the situation even more complicated.

“The number of people who are coming back home is far larger than previously estimated and they are facing a more hostile environment,” he summed up.

Meanwhile international aid agencies provide the returnees with a three-month supply of food and other essentials they need to start rebuilding their lives. Families of more than seven also receive a small stipend of 600 dollars (545 euros) from the aid agencies.

Many refugees like Ardo Mohamed Abdulle say the aid is not enough. “We need our Somali government to create better conditions and basic services for us like schools and healthcare otherwise our children’s future will be at risk. The government needs to do more to respond to the huge [number of] refugees that are returning home,” she said.

al-Shabaab Islamist fighters have increased attacks in the capital Mogadishu

Many of those who have already returned home from the Dadaab camp are now scattered throughout Somalia. Meanwhile terrorist attacks by militant islamist group al-Shabaab, which is fighting to overthrow the government, are increasining concerns about the level of security in the country. Many of the returning refugees feel unwanted and unprotected.