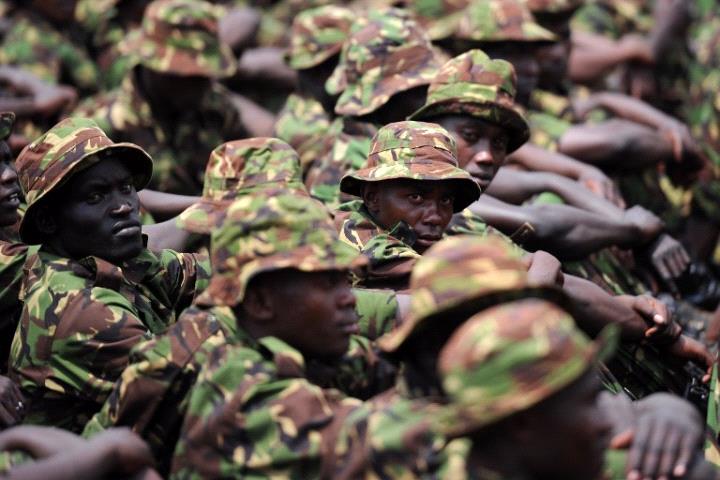 MOGADISHU- By: Abdi Sheikh and Feisal Omar. Al Shabaab said its fighters killed dozens of Kenyan troops when the Islamist group attacked a remote military base in Somalia on Friday, while Kenya’s army said nine soldiers died and 70 militants were killed.

Kenya Defence Forces (KDF) spokesman Lieutenant Colonel Paul Njuguna said that al Shabaab’s fighters had attempted to attack their base in the southern town of Kulbiyow, near the Kenyan border, but were repulsed.

A spokesman for al Shabaab, which often launches attacks on troops of the African Union’s AMISOM force, said its fighters killed at least 66 Kenyans at the base. The group had said earlier it lost fighters but did not give numbers.

Njuguna said the attack was launched around dawn on Friday, when al Shabaab fighters used a vehicle packed with explosives to try to blast their way into the camp of the Kenya Defence Forces.

Al Shabaab gave a similar account of how the attack was launched. Its military operation spokesman, Sheikh Abdiasis Abu Musab, told Reuters fighters rammed two suicide car bombs into the base and seized it. “We are pursuing the Kenyan soldiers who ran away into the woods,” he said.

Al Shabaab, whose assessment of casualties often differs markedly from official versions, typically rams the entrance to a target site with a car or truck bomb so fighters can storm in.

The Islamist group has been fighting for years to impose its strict interpretation of Islam on Somalia.

It once ruled much of Somalia and wants to topple the Western-backed government in Mogadishu and drive out the peacekeeping force made up of soldiers from Kenya, Djibouti, Uganda, Ethiopia and other African countries.

African Union and Somali troops have pushed its fighters from major urban strongholds and ports, including the capital Mogadishu in 2011, but they have often struggled to defend smaller, more remote areas from attacks.

In January 2016, al Shabaab said it had killed more than 100 Kenyan soldiers in El Adde, a Somali camp near the border with Kenya. The military did not give details of casualties in that attack, but Kenyan media reports suggested a toll of that magnitude.