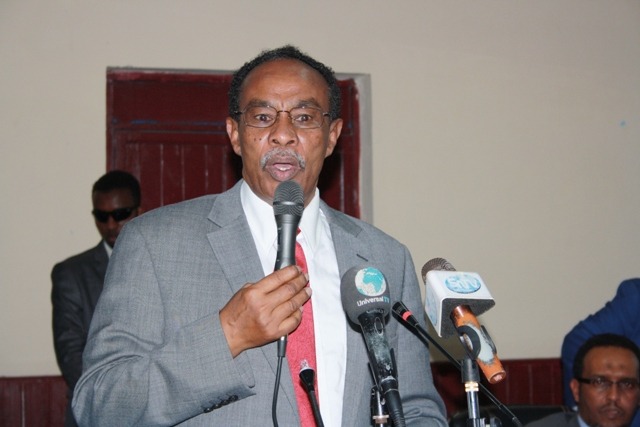 At least two Somali soldiers were killed on Monday in an ambush laid by Al-Shabaab militants in the semi-autonomous Puntland region.

Abdulkadir Samaysane, a senior official in the Puntland regional government, said government forces had survived Sunday’s attack, “But we lost two soldiers in today’s attack,” he admitted, “while four to six were injured.”

Al-Shabaab Radio station, claimed that five soldiers were killed in Monday’s ambush. Northeastern Somalia’s rugged Galgala Mountains region has recently been a theater of conflict between the Somali army and the militant group. Last week, five militants were killed in an army offensive carried out in the region.

In 2013, the Galagala mountains have provided a refuge for Al-Shabaab fighters fleeing African Union peacekeepers and Somalia troops.

“For now I put the death toll at five. Four soldiers and one civilian,” Mohamed Mascud of the Lower Shabelle authority said. “We are still waiting for any updates on the critically wounded,” Mohamed Mascud  added his statement.

The bomb went off as a convoy moving from Mogadishu to Marka made a stopover at a tea kiosk. According to the Internal Security Ministry, the Mogadishu-Afgoye road has recorded the highest number of roadside blasts targeting government troops and African Union peacekeepers.

Al-Shabaab, which in recent years has waged an active insurgency against the Mogadishu government, has recently suffered several significant blows, including the loss of most of its strongholds in southern and central Somalia.

Last Friday in Somali capital, Mogadishu, at least 12 people – including several top government officials – were killed in a twin suicide blast that targeted a Mogadishu hotel.