Home frontpage Somalia: US policies do more harm than good 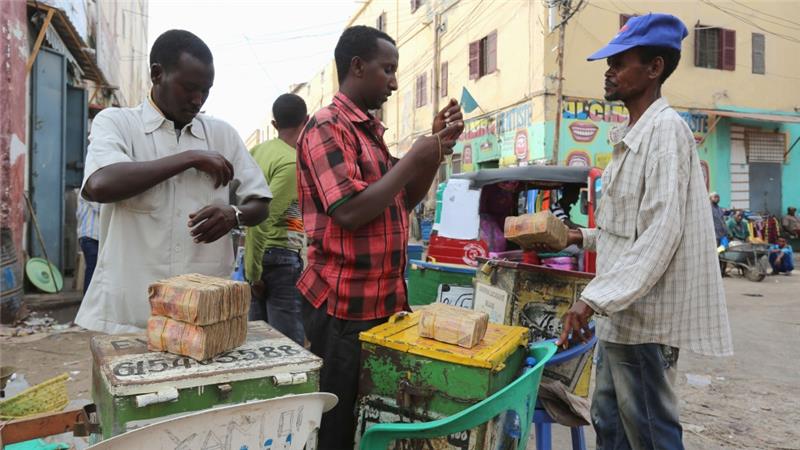 Nairobi (HAN) February 23, 2016 – Public Diplomacy and Regional Stability Initiatives News. By Afyare Abdi Elmi & Abukar Arman. To stabilise Somalia, donors and friends must calibrate their policies. Chief among them is the United States.

The US is no longer on the fence regarding Somalia. On May 5, 2015, Secretary of the State John Kerry visited Mogadishu. The Obama administration also announced that US boots were on the ground and that the president had appointed a new ambassador, Stephen Michael Schwartz, to Somalia. Moreover, Washington plans to spend more than $1.5bn over the next two years, of which nearly $800m will be spent on security.Despite these positive developments, nothing much will change until US policy toward Somalia and the narratives that inform this policy are reassessed. Only then could progress towards peace-building, reconstitution of a functioning state, and robust bilateral relations be achieved.

The US approach has largely been conceived on the basis of a destructive narrative spun by certain domestic and foreign elements.

This narrative would suggest that Somalis are too corrupt, too incompetent, or too clannish to form a viable state, and that key political actors belong to sinister Islamist groups.If this narrative is to be believed, Somalis cannot be trusted and donors are justified in adopting policies that bypass or undermine the will of the Somali people. This means, for example, granting all hefty contracts related to security, humanitarian and development to external actors. Indeed, like other failed states, corruption is rampant, capacity deficiency is by and large factual, and tribal identity is strong within society. Somalia has also various Islamist groups ranging from moderate to radical. But, relentlessly advancing the same old pattern of unsubstantiated narratives is neither objective nor constructive.

The political elite contributes to this through its zero-sum political competition that is nothing but a selfish race to the bottom. They are engaged in widespread corruption and divisive politics. This underlines why the Somali political class have collectively failed to offer viable alternatives.

Frontline states Ethiopia and Kenya are determined to keep the country fragmented into sub-clans and family-owned territories that are wholly dependent on them. They consider the prospect of a united and functioning Somali state as a strategic threat. Ethiopia and Kenya have hijacked the AMISOM peacekeeping operation. They are busy creating their own proxy clan politicians and militias on the ground.

Ironically, Washington and other donors finance the policies of hostile neighbours that are at odds with the strategic interests of the US, Europe and the Muslim world.

Finally, international organisations and NGOs – exploiting the vacuum created by the absence of state authority and often motivated by the next big project – present themselves as credible entities more capable of delivering public services. Accordingly, most of the functions of the state have been outsourced to them.

Donor nations have followed policy prescriptions that stem from these destructive narratives for more than 20 years – at which point more than $55bn was spent on Somalia – with nothing substantive to show for it.

Ironically, there is little development in the areas of security, economy and political institutions. This approach has neither reduced corruption nor enhanced capacity. To the contrary, it has perpetuated negative stereotypes and made donor nations more apprehensive.

Adopting these narratives has also undermined efforts to build a strong state that is based on inclusive citizenship and democratic governance.

Instead, it empowers external actors and legitimises sectarian politicians who are determined to divide the country into clan-based property where some are privileged as owners and others are marginalised as subjects.

If the objective of Washington’s current policy is a “united, peaceful and democratic Somalia” – an objective that most Somalis aspire to – the US and other donors must re-assess the current arrangement and critically scrutinise prevalent narratives and the policies that they inspire.

Granted, this may require taking some measured risks in trusting the Somalis and investing in Somali institutions while installing robust mechanisms of accountability and transparency. And this certainly hinges on the competence and vision of the anticipated new leadership in August 2016.

The new US policy should incorporate these three critical objectives. First, helping to develop an inclusive, well-trained and well-equipped Somali national army is necessary, as the prolonged reliance on external forces has not delivered sustainable security. This is the only way the defeat of al-Shabab and other violent non-state actors in the country can be ensured.

Second, to help build democratic institutions and expand the participation of citizens, women, groups and clans. Since its inception, the UN-engineered constitution has been source of political discord. While the Somali parliament is the body responsible for fixing this, an arbitrary body, led by few individuals, replaced it.

If unchecked, the few unelected politicians that assumed power will institutionalise a system dominated by two clans, thus generating new grievances. The parliament must lead the process of the transition.

Lastly, Washington should encourage policies and practices that support inclusive citizenship. The current approach that encourages clan-owned territories is utterly misguided and likely to re-ignite civil war. A sustainable political solution lies in the creation of a Somali-negotiated decentralised unitary state with informed and empowered citizenry.

In short, the US administration’s sustained interest in Somalia is a positive first step. Kerry’s visit to Mogadishu sent a strong message to the forces that have perpetuated the status quo that Somalia was not an appendix to Nairobi and Addis Ababa.

The new policies should not be merely symbolic. Substantive change in dealing with Somalia is long overdue. Such a change starts with considerate respect for the Somali people and support for united, citizen-based democratic institutions.