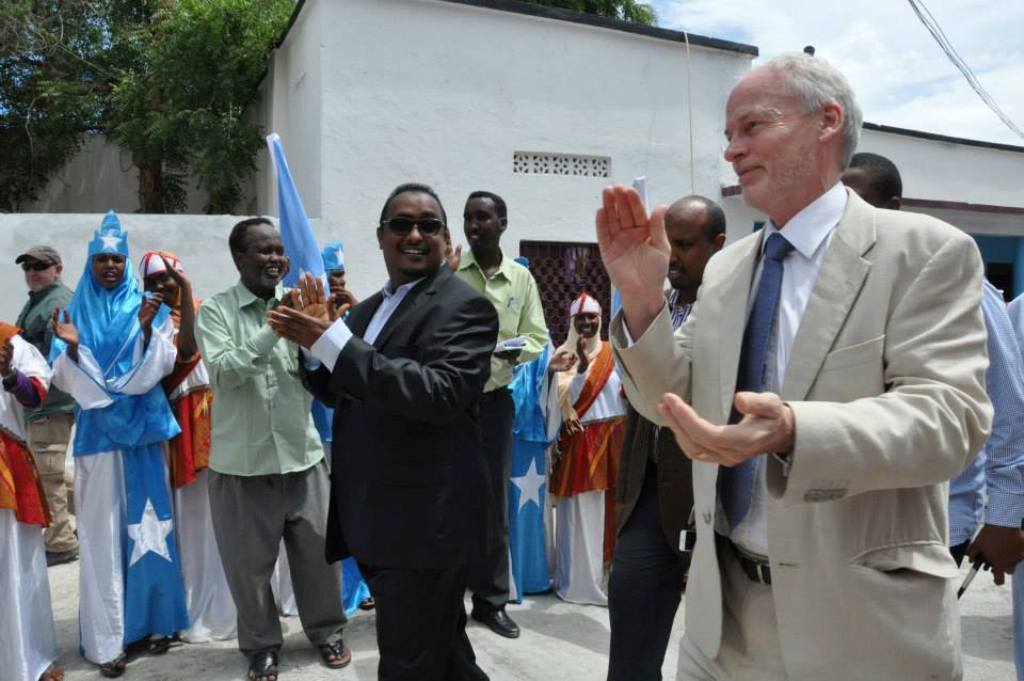 Mogadishu (HAN) June 9, 2014. In a press release from the UN Assistance Mission in Somalia (UNSOM), Nicholas Kay welcomed the release of of 11 crew members of the ship MV Albedo, held hostage since November 2010.

According to UNSOM, the 11 survivors of the MV Albedo crew were released to officials from the UN Office for Drugs and Crime (UNODC) inside Somalia and are now safely back in Kenya. The crew members from India, Iran, Bangladesh and Sri Lanka will be repatriated to their home countries over the coming days.

“For over three years the crew members and their families have suffered unimaginable distress. The crew underwent the trauma of piracy, their ship sinking and then being held ashore in very difficult conditions, said Mr. Kay, who heads UNSOM.

He commended the efforts of UNODC colleagues and the local authorities, who facilitated their safe return today.

UNODC’s Counter Piracy Programme, now in its fourth year of operation, supports the criminal justice professionals of States in the Indian Oceans region that are dealing with Somali piracy. It has developed an extensive police and Coast Guard contingent, as well a division that deals with hostage release and repatriation.

“While we have seen a significant reduction in piracy off the coast of Somalia in recent years, I remain deeply concerned that 38 other crew members are still being held hostage by Somali pirates,” said Mr. Kay: adding: “I call on those who continue to detain these crew members to release them without further delay so they can rejoin their families and loved ones.”

The Code of Conduct on piracy defines the regional anti-piracy strategy and is the precursor to a legally binding instrument.

Photo: The Mayor of Mogadishu and Governor of Benadir Regional Administration, Hassan Mohamed Hussein “Mungab” welcomes the Special Representative of the UN Secretary-General (SRSG) Nicholas Kay at the headquarters of the Administration