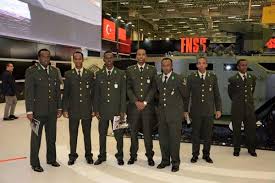 The announcement was made after the Turkish Ambassador, Olgan Bekir met the State Minister for Finance, Mohamud Hayir Ibrahim in the handover ceremony.

The money was deposited into the Somali Central Bank. In a written statement, the Prime Minister, Hassan Ali Kheyre has thanked the Turkish government for the support.

Meanwhile, the agreement on defense industry cooperation between Turkey and Somalia was approved

The Federal Republic of Somalia congratulate the Turkish Government and People on the positive outcome of Sunday’s referendum on their future political governance, a statement from Somali Government said.

“We congratulate H.E. President Recep Tayyip Erdoğan on the referendum success which he led for a stronger and even more prosperous Turkey.” the statement adds. “We are confident under his proven leadership Turkey will continue to progress and prosper”