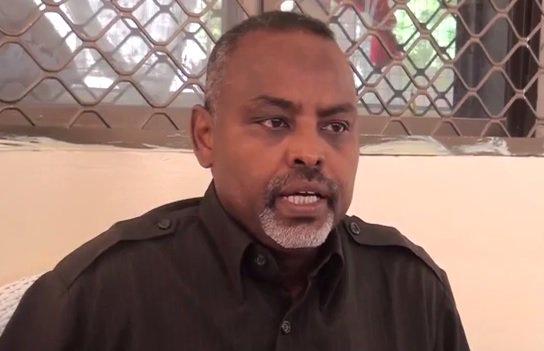 MOGADISHU (HAN) February 21, 2016 – Public Diplomacy and Regional Stability Initiatives News. The former governor and mayor of Mogadishu has said that the security situation in the Somali capital is deteriorating.

In the space of two weeks, al-Shabaab militants launched two spectacular attacks in the capital – one at the popular lido beach in which 25 people were killed and the failed bomb explosion on Daallo airlines passenger plane.
‘’The security is worsening and no effective measures have been taken by the security agencies and government.’’

Mr Tarsan, who was also the governor of Banadir province stressed on the government’s failure to pay and feed its soldiers, which also plays a role in the insecurity activities.

‘’Don’t expect soldiers who are not being paid or fed to be loyal. As long as they are not getting their rights, tackling insecurity will be a major problem,’’ he added.

Since its withdrawal in August 2011, al-Shabaab has been using a strategy which is melting into the communities in Mogadishu that are believed to be housing them and they have been carrying out deadly guerrilla attacks in the capital, mainly targeting government officials, state buildings, hotels and restaurants.