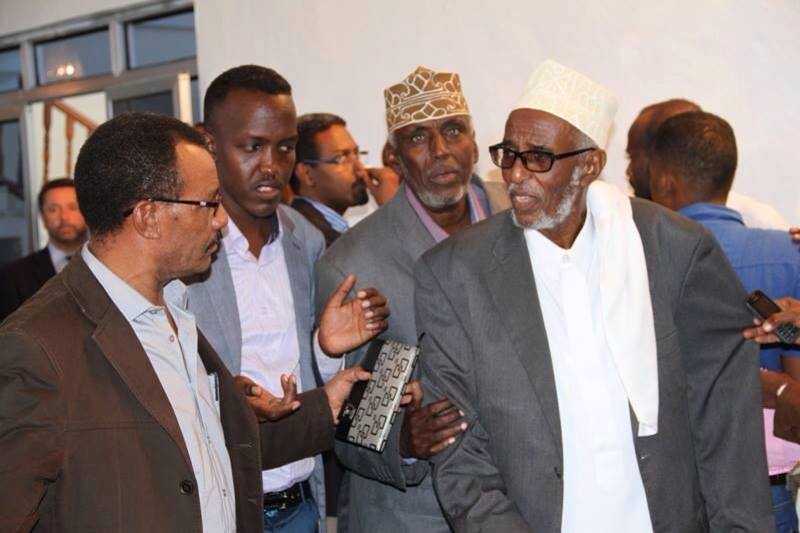 The Speaker of the Somali Parliament, Mohamed Sheikh Osman (Jawari) announced  that the vote for no confidence of Prime Minister Abdiweli Sheikh Ahmed will be tabled on Monday.

Report: 7278th meeting of the Security Council on the situation in Somalia

The speaker, Jawari made these statements while speaking to reporters at the Mogadishu airport. He warned that there will be no disruptions and chaos at this Parliamentary session.

“God willing, we will reconvene the vote of no confidence this coming Monday (Nov 24). Anybody who attempts to disturb the session will be dealt with to the full extent of the law.” Cautioned the Speaker

The speaker also thanked those Parliamentarians who maintained their composure and civility throughout the first two sessions.

Those MP’s opposing the motion requested not to table the vote because it was illegal. They argue that the vote of no confidence was not brought about by MP’s dissatisfaction with his performance, but rather by political bickering between the nation’s two highest offices.

Conversely, MP’s who brought the motion warned that they will not allow anyone to block the parliamentary session from proceeding.

Abdiweli Sheikh Ahmed has been Prime Minister since December 2003. The vote of no confidence was prompted by a disagreement with President Hassan Sheikh Mohamud over a cabinet re-shuffle.

These comments, and the vote of no confidence come at the heels of the High Level Partnership Forum (HLPF) in Copenhagen, Denmark. At the conference, international donors expressed their frustration about the stalemate and are worried about the political instability this may cause.