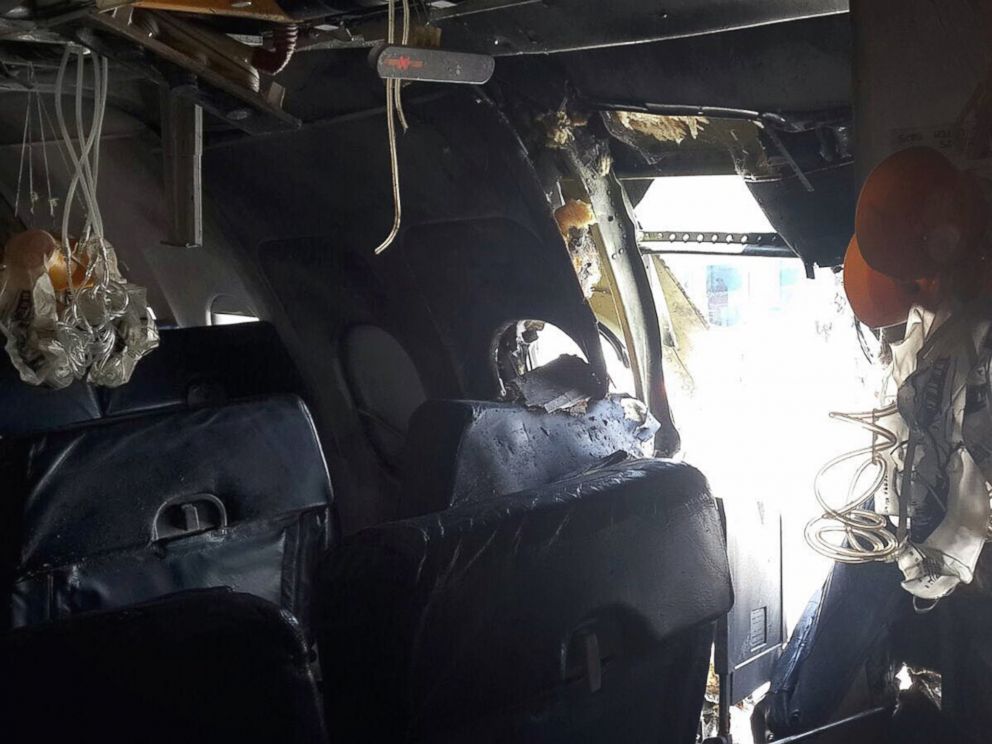 The passenger was originally sitting in a window seat, but agreed to move to the aisle when the suspected bomber, identified by Somalian officials as Abdullahi Abdisalam Borleh, asked to switch, according to Yassin, who spoke with the passenger.

Just a quarter of an hour later, shortly after takeoff, the bomb — which authorities believe may have been concealed in a laptop — exploded, ripping a hole in the fuselage and sucking Borleh’s burned body out of the Airbus 321.

As the cabin lost pressure and flight attendants herded frightened travelers to the back of the plane, the pilot made an emergency landing in Mogadishu.

Two passengers –- including the man who had given up his window seat -– were wounded.

Yassin says he suspects the attack may have been an “inside job” involving airport employees. Surveillance video released by Somali authorities appears to show two men in airport staff uniforms handing the laptop to the suspected bomber.

At least one of the men was an airport employee, a Somali government spokesperson told the Associated Press. Both men have since been arrested.

Authorities are looking into whether the attack may have been backed by al-Shabab, an al Qaeda-linked terror group, or even ISIS.

According to Yassin, 70 of the flight’s 74 passengers, including Borleh, were originally booked on a Turkish Airlines flight that was cancelled “last minute.”

A Turkish Airlines spokesperson tells ABC the flight was cancelled “due to operational reasons required in the framework of bad weather conditions.”

But Yassin said he didn’t know what was behind the cancellation. The airline refused to comment beyond their initial statement.

Following last week’s incident, there will be “more layers of security” at Mogadishu airport, Yassin said, including more screenings and a greater effort to isolate aircraft.

“Nobody will take anything for granted,” he said.