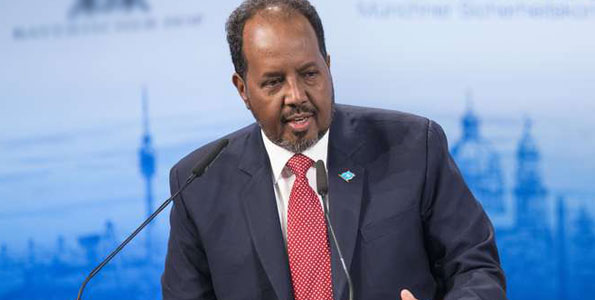 MOGADISHU (HAN) September 6.2016. Public Diplomacy & Regional Security News. By FRED OLUOCH. Somalia has legitimised the operations of political parties for the first time in nearly five decades, ahead of this month’s election.

All politicians are now required to register with the political parties by October 2018 in readiness for competitive universal suffrage in 2020, when all citizens will have the right to vote on the basis of one person one vote.

All political parties are now required to have branches across the country and pay $1,000 registration fee.

President Mohamud, who is the chairman of Peace and Development Party, said the legislation will promote multi-party system and is critical for Somalia’s democratisation and the ongoing political reform process.

Somalia has been operating without de jure political parties since 1969 when President Mohamed Siad Barre took over power through a military coup and suspended all the activities of political parties.

He later formed the Somali Revolutionary Socialist Party in 1976 and declared it the only party for the next 21 years. The party folded in 1991 when he was overthrown in the civil war.

According to the NLF resolution issued on August 7, those who win the forthcoming elections in both the National Assembly and the Senate, will be required to provide written evidence to the Office of the Speaker of Parliament regarding the political party in which they belong to.

Members of Parliament and the Senate who fails to join a political party beyond the October 2018 deadline will lose their seats prompting for by-elections.

There are about 20 political parties in Somalia with some being operated from the diaspora.