Home frontpage Somalia: President Praised the diaspora for their role in Reconstruction 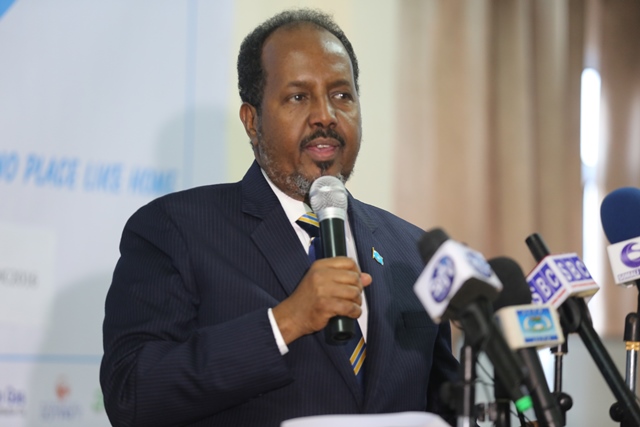 MOGADISHU (HAN) August 15.2016. Public Diplomacy & Regional Security News. The President was speaking at the closing ceremony of the Somali Diaspora for three days in the capital. The President said that the government’s policy on the current lot done, but there is still much work to be done. “The Government has the power to transfer the efforts committed to do most of the tasks expected interim governments in the past, circumstances and challenges faced due season. I believe we have to move,together can deliver ‘.

The President has finally called on all Somalis to work together as a country to have the institutions of a strong base, and contribute to the formation of Somalia’s new posts will be democracy, justice, development, and accountability peaceful co-existence.