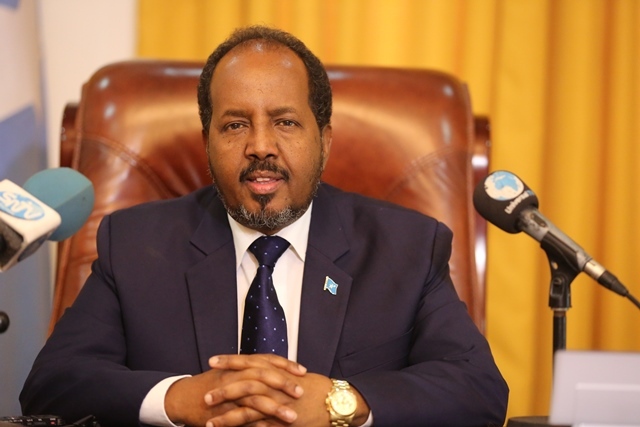 Mogadishu (HAN) August 21.2016. Public Diplomacy & Regional Security News. In an exclusive interview with Horn Cable TV, Somalia’s President Hassan Sheikh Mohamud described the years of 2012-2016 as “one of the most progressive years for the last two decades.” according to the news monitoring desk of Geeska Afrika Online.

Somalia’s  President Hassan Sheikh says women’s rights are a priority commitment. But how is he planning on ensuring them and how will he fight corruption, security threats and human rights violations in the region through Somalia security sector reforms as well as cooperation with our International community for regional development and sustainability.