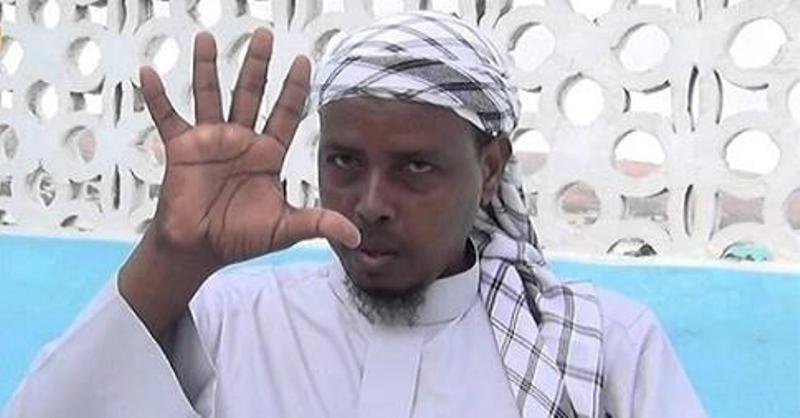 Ahmed Godane – Abu Zubair, the militant leader of Al-Shabaab, was killed in a U.S. military operation, the Pentagon said Friday.

“The U.S. military undertook operations against Godane on Sept. 1, which led to his death. Removing Godane from the battlefield is a major symbolic and operational loss to Al-Shabaab,” said Pentagon press secretary Rear Adm. John Kirby, also Sheikh Ali-Jabal (Headline photo) confirmed the lost of his Amir (leader)

The American airstrikes on Monday against the Shabab, the Qaeda-linked militant network in Somalia, succeeded in killing the group’s leader, Ahmed Abdi Godane, the Pentagon announced Friday.

“We have confirmed that Ahmed Godane, the co-founder of Al Shabab, has been killed,” the Pentagon press secretary, Rear Adm. John Kirby, said in a statement.

He called the death of Mr. Godane “a major symbolic and operational loss” to the Shabab.

Military officials had waited several days to confirm that Mr. Godane was killed in the strikes, on an encampment and a vehicle south of Mogadishu, the Somali capital. The strikes were carried out by Special Operations forces using both manned and unmanned aircraft, and they were launched, Pentagon officials said, based on intelligence that Mr. Godane was at the encampment.

The warplanes dropped a number of Hellfire missiles and precision bombs on the encampment, and Pentagon officials said they believed that everyone there was killed. But initially, they were not sure that Mr. Godane was there, and were wary of declaring victory only to have him emerge later, alive. Pentagon and intelligence officials have since been monitoring cellphone conversations and other intelligence to verify his death.

It was unclear Friday afternoon what finally prompted the Pentagon to announce that it had confirmation that Mr. Godane was dead. Admiral Kirby said that the United States was working “in coordination with its friends, allies and partners to counter the regional and global threats posed by violent extremist organizations.”

Gen. Carter F. Ham, the retired head of the United States military’s Africa Command, said of Mr. Godane’s death, “The effect will be positive, but not decisive.”

“He has proven over the years to be an elusive figure, but one who has galvanized some elements within Al Shabab,” General Ham said. “His death will remove an effective terrorist leader from Al Shabab’s ranks, but it will not cause Al Shabab to suddenly crumble or, probably, to significantly alter course.”

Ken Menkhaus, a professor of political science at Davidson College, pointed out that the Shabab had lost a leader before in an American airstrike and still continued as an organization. “In 2008, Al Shabab’s leader, Aden Hashi Ayro, was killed by a U.S. missile strike, but that only led to Godane’s ascent to leadership,” he said. “If a bunch of Godane’s lieutenants were also killed in this strike, the likelihood increases that Shabab could fall into disarray, at least temporarily.”

An American official said there had been strong intelligence indicating that several senior Shabab leaders, including Mr. Godane, had been meeting at a location targeted by American commandos.

Mr. Godane had been the driving force behind turning what was once a poor, obscure local militant group into one of the most fearsome Qaeda franchises in the world. At the height of its power, the Shabab, under Mr. Godane’s leadership, controlled more square miles of territory than just about any other Qaeda offshoot.

Mr. Godane, thought to be around 40 years old, had been one of the most wanted figures in Africa, widely believed to have orchestrated countless attacks on civilians, including the massacre of dozens of shoppers at a mall in Nairobi, Kenya, last year. He has presided over a reign of fear and violence inside Somalia for several years, organizing the stoning of teenage girls and crude public amputations, all part of an effort to return Somalia to the Shabab’s vision of strict Islamic rule.

During Somalia’s famine in 2011, when more than 200,000 people died, Mr. Godane gave the orders to block food supplies from reaching starving people. His masked fighters even diverted rivers from famished farmers. Mr. Godane has also taken the Shabab’s violence across Somalia’s borders, by organizing suicide attacks in Kenya and Uganda.