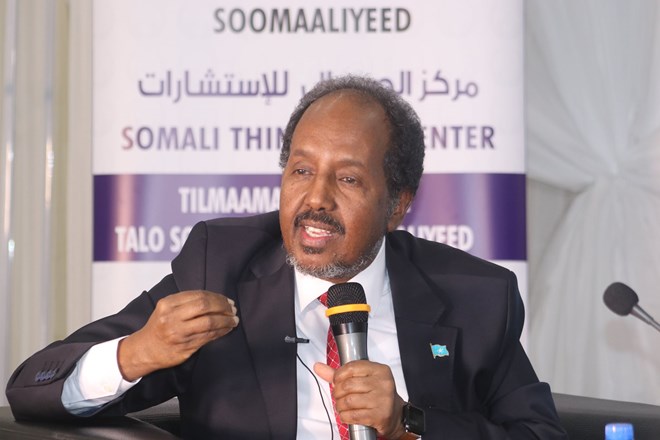 Addressing audience during a Q&A session on Saturday in Mogadishu, former Somali leader Hassan Sheikh Mohamud accused Fahad Yasin of disintegrating the agency and paralysing police saying ‘Fahad poisoned the security sector by disbanding the soldiers and the intelligence community.”

“Now, he is destroying our political systems. We told him privately, but now we are saying it publicly. We must understand that he is on a path of disaster, and we reject this,” he said.

Mohamud further termed the current government as one owned by Fahad.

“Fahad Yasin is the owner of this government. He ruined the office of the presidency when he became the chief of staff at Villa Somalia,” the leader told the audience.

Fahad has not yet commented on accusations and the remarks by former President Hassan Sheikh Mohamud, who is contending for the presidency.

However, their differences arose when Fahad Yasin proposed a candidate for the post of Prime Minister but Mohamud turned down.