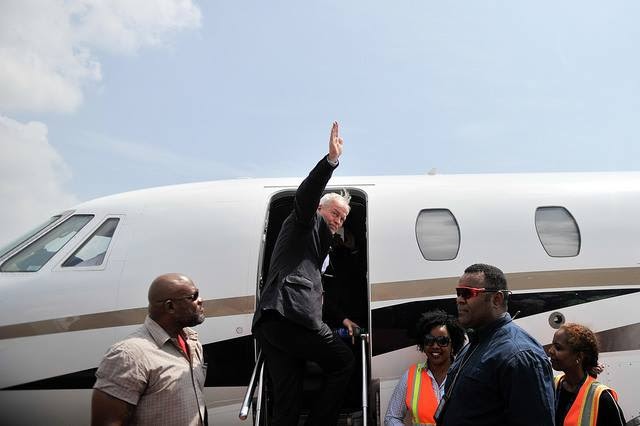 MOGADISHU (HAN) December 30, 2015 – Public Diplomacy and Regional Stability Initiatives News. The Special Representative of the UN Secretary-General (SRSG) for Somalia, Nicholas Kay, today officially left Somalia bringing to an end an illustrious diplomatic stint spanning more than two years in the country. A short send-off ceremony was held at the Aden Abdulle Airport, for the UN Envoy who has worked tirelessly for a better Somalia since his arrival in Mogadishu in June 2013.

In his speech, the Somali Minister of Foreign Affairs, Hon. Abdusalam Hadliye Omar, described Nicholas Kay as a true friend of the Somali people, whose efforts have left an indelible mark in the history of the country: “The UN Mission in Somalia is crucial to Somalia’s future and during his tenure as a leader, Nick worked with the government of the Federal Republic of Somalia to help shape a new vision for a better Somalia and its people,” Hon. Abdusalam Hadliye Omar said, noting that Nicholas Kay’s name is now one of the most popular in the country.

Ambassador Kay told the gathering he was leaving Somalia with fond memories and full of optimism about the future of the country: “Today is a happy and positive day as well. Happy because as Minister Abdusalam Omar said there is now in Somalia an unstoppable momentum to peace, stability prosperity and democracy. This unstoppable momentum was not here three years ago. It is here now and it is thanks to the Somalis themselves, international partners and, it is thanks to the UN colleagues I had the privilege to work with,” SRSG Nicholas Kay observed. He stressed that he will forever remember the brightness of the smiles of the Somalis, the sharpness of their arguments in negotiations and their resilience to make Somalia a better country. Source: goobjoog