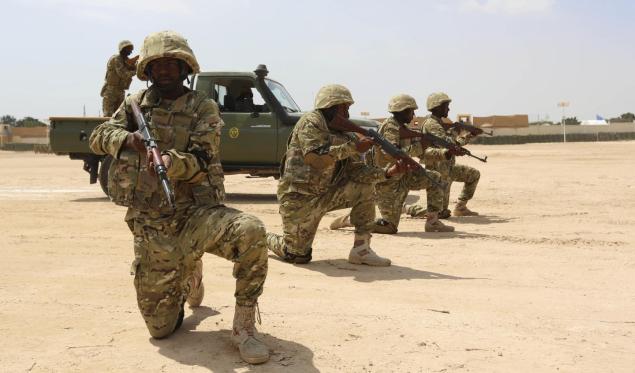 The operations commander of the Somali National Army brigadier Ali Bashi Mohamed, spearheading a military operation carried out by the Somali Army in some few areas at Cadale district in the middle shabelle region where Al-Shabab militias were occupying, and have ousted Al-Shabab from those locations.

Giving an exclusive interview to the Somali National News Agency, the operations commander has confirmed that the African Union troops were not accompanying the Somali Army in the operations, but offered technical advice.

“In the past few days our soldiers have been preparing themselves to retake locations such as Run-nirgood, Masajid Caligaduud, and during the operation our soldiers encountered no defense whatsoever, and this operation will not come to an end, until we eliminate this blood suckers who have been looting and denying access food stuff and other basic needs to the residents in those locations” said the operations commander Ali Bashi.

Commander Ali Bashi has also added that the government will not sit back and watch the lootings and all other ill acts which the Al-Shabab militias are doing to the citizens.