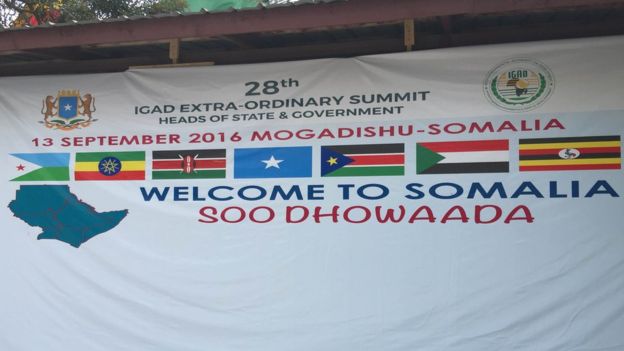 East African leaders arrived in Somalia’s capital for talks on issues including South Sudan’s crisis, a sign of improving security in the Horn of African country that’s trying to emerge from decades of civil war and hold elections next month.

Kenyan President Uhuru Kenyatta and Ethiopian Prime Minister Hailemariam Desalegn were among those who arrived in Mogadishu on Tuesday, Somali Minister of Foreign Affairs Abdusalam Omer said on his Twitter account.

The Intergovernmental Authority on Development summit will be the first held in Somalia since the body’s formation 30 years ago, according to Somali presidential spokesman Da’ud Aways.

Talks will focus on South Sudan’s civil war as well as preparations for Somali elections that will culminate in lawmakers choosing a president on Oct. 30, Aways said by phone from the city.

Somalia, which has been mired in conflict since the late 1980s, is trying to use recent advances against al-Qaeda-linked militants by its national army and African Union forces to attract investors and rebuild the economy. Security was tight on Mogadishu’s streets on Tuesday, with traffic and pedestrians banned from areas of the city.