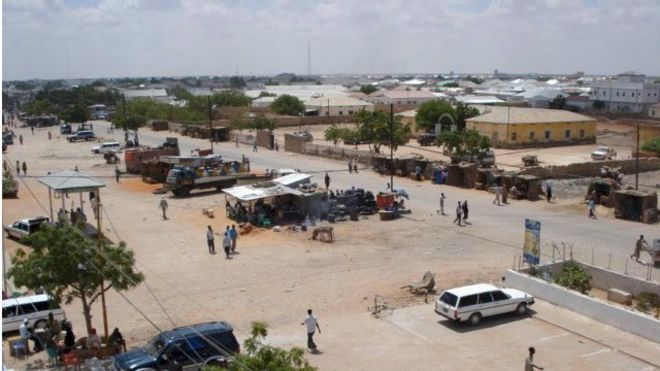 MOGADISHU (HAN) December 6, 2015 – Public Diplomacy and Regional Stability Initiatives News. The United Nations, the African Union Mission in Somalia (AMISOM), the Inter-Governmental Authority on Development (IGAD), the European Union (EU), the United States, the United Kingdom, Sweden and Italy have strongly condemned the renewed outbreak of hostilities in the Somali city of Galkayo.

In a joint press statement, Thursday evening, the organizations called on all parties to immediately cease fire and reopen talks to find a lasting and peaceful solution to the underlying issues dividing them.“We have confirmed reports of heavy fighting that broke out in Gaalkacyo at approximately 10 a.m. today and escalated, at a time when the two parties were to begin the disengagement of their forces from the frontlines.

This highly regrettable development has occurred in spite of the Galkayo Agreement that was signed by the Presidents of Puntland and Galmudug yesterday afternoon, under which the Galmudug and Puntland leaders committed to respect an immediate cessation of hostilities, pull back their forces, allow the return of displaced civilians and start dialogue on reconciliation,” they said. .

The organizatons warned that the international community was not going to tolerate impunity and the continued needless killing of innocent civilians: “We encourages the parties and the Federal Government of Somalia to explore the possibility of deploying impartial observers to ensure compliance with the agreed ceasefire and identify spoilers who seek to undermine agreements like the one signed in Galkayo on Wednesday”.

“Those found to be responsible for the continued violation of the ceasefire that took effect yesterday and the killing and displacement of civilians must be held accountable. Any deliberate shelling of civilian areas of Gaalkacyo may constitute crimes against humanity that must be fully investigated and vigorously prosecuted,” reads their statement.

The international partners of Somali reiterated their readiness to support the peace efforts spearheaded by Prime Minister Omar Abdirashid Ali Sharmarke. They further called on the elders of the communities of north and south Galkayo, together with the leaders of Galmudug and Puntland, “to demonstrate leadership, restrain the fighting forces, and bring the conflict to an end once and for all.” Source: unsom