Home frontpage Somalia: HOW OLD ARE THE SOMALI PEOPLE 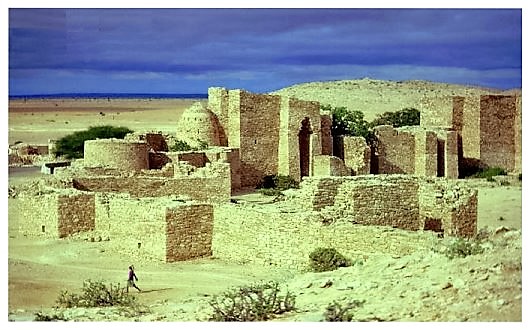 I will try to explain the history of the somali people from a chronological prespective, starting from before 22,000 bc and ending 800bc.

The modern population of E-M215 and E-M35 lineages are almost identical, and therefore by definition age estimates based on these two populations are also identical. E1b1b (E-M215) and its dominant sub-clade E1b1b1 (E-M35) are believed to have first appeared in East Africa about 22,400 years ago. All major sub-branches of E1b1b1 are thought to have originated in the same general area as the parent clade: in North Africa, East Africa, or nearby areas of the Near East. Some branches of E1b1b1 left Africa many thousands of years ago. For example Battaglia et al. (2007) estimated that E-M78 (“E1b1b1a1” in that paper) has been alone in Europe longer than 10,000 years. And more recently, human remains excavated in a Spanish funeral cave dating from approximately 7000 years ago were shown to be in this haplogroup.[10]

It is believed M78  most likely originated in what is today north sudan and upper egypt, closely linked to human habitation around lake nubia. The M78 mutation has been estimated to have occurred up to 18,600 years ago (17,300–20,000 years ago).

Proto-afroasiatic origins date from around 10,000 BC around the Sudanese Savannah, due to the sahara being much wetter than today.  It seems to have been the main language for the cultures around the nile area at this period.

This marks the end of the ice age, as the world gets warmer and the sea-levels rise, a mass migration out of the sahara creates  a major split between the afro-asiactic family. It devides between North and South afro-asiatic languages. Somali is in this southern branch.

Cruciani et al. (2007) suggest that this sub-clade of E-V12 originated in North Africa , and then subsequently expanded further south into the Horn of Africa, where it is now prevalent.[Note 8]Before the discovery of V32, Cruciani et al. (2004) referred to the same lineages as the “gamma cluster”, which was estimated to have arisen about 8,500 years ago.

This marker suggests the first proto-cushitic languages were in this push southwards towards east africa.

At this date the Somali language has separated from other cushitic languages such as oromo, the evidence is the number of different sub-languages originating from the oromo and Somali branches of the afro-asiactic languages in comparison with semetic (which has a later origin).  Even today some oromo languages and Somali remain unintelligible to within the group.

A popular misconceptions about the Somali origin, are that somalis are a mixture between arabs and other africans. Also further perpetuated by the fact several other east african populations speak semtetic languages, and so give the impression that somalis are also another group of semetic africans.  This is clearly not the case, as somali predates both semetic and ge’ez languages, as i will show below.

Development of semitic languages happen at 3700 BC, with people from the J haplogroup adopting and being influenced by the african languges around the Nile delta, a language shift occurred. Similar to modern pidgin languages.

Following the fall of d’mt a colony of the Sabaean empire, the african population  in that region started to develop little kingdoms vying for power while using a semetic language to run official business. This is what produced the rapid diversification that led to the numerous  semetic languages in East Africa, such as the ge’ez language.

In this article i tried to show the development of the Somali people into what and where they are today. While it is true that Somalis have loaned words from arabic, english and italian it does not mean Somalis are therefore arabic italians and english who have settled in somalia and mixed with the local african population. This is an unscientific explanation . All evidence points to the fact that somalis are an ancient people who have inhabited the region known as the somali peninsula for atleast 9000 years and that  Somali unlike ethiosemitic languages is a very old language, even older than proto-semetic (as shown in the last two dates). As somalis we should be proud of our heritage and not forget this wonderful language and the history of the people who made us.