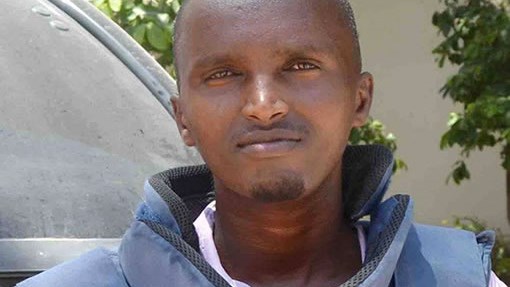 Killings of journalists in Somalia are not uncommon and are mostly blamed on al Shabaab, the Islamist militant group fighting to topple the country’s Western backed government and rule the country according to sharia law.

Police Major Mohamed Nur told Reuters he was killed by two men with pistols who fled before officers reached the scene.

A statement by the National Union of Somali Journalists condemned the killing and asked the Somali government to urgently investigate the incident and punish the perpetrators.

Late last year, another female reporter who also worked for Radio Mogadishu was killed in a car blast. Two men convicted of the killing were executed in April.

Somalia has been convulsed by instability, violence and lawlessness since early 1990s following the toppling of military dictator Mohamed Siad Barre.

Propped up by an African Union mandated peacekeeping force, Somalia’s military and central government have strengthened their grip on the country but a relentless campaign of bombings and gun assaults by al Shabaab persists. (Reporting by Abdi Sheikh and Feisal Omar; Writing by Elias Biryabarema; Editing by Alison Williams)