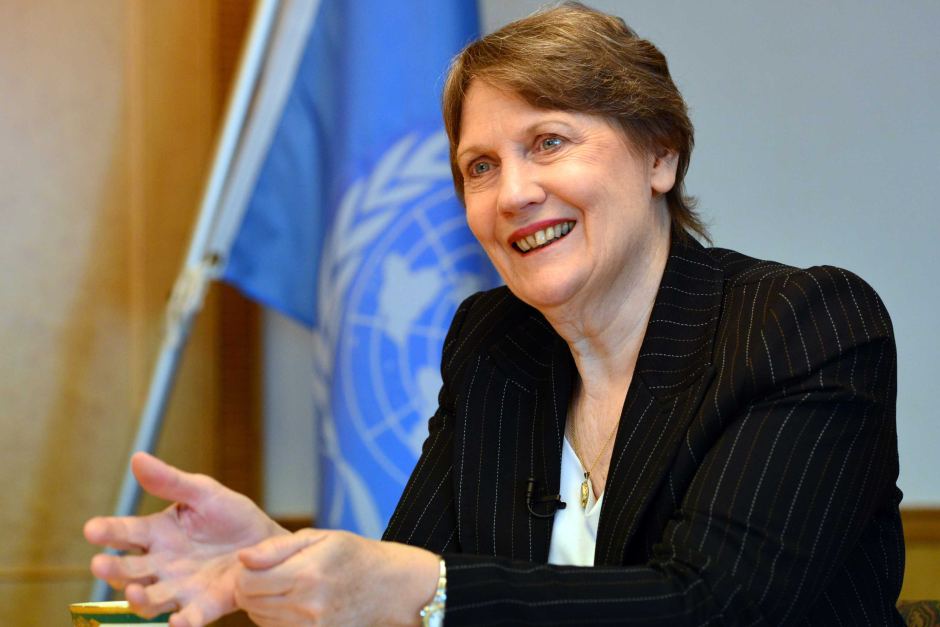 MOGADISHU (HAN) August 25.2016. Public Diplomacy & Regional Security News. The United Nations Development Programme (UNDP) Administrator Helen Clark today described the country as being “at a good turning point” during her visit to the Somali capital. Clark spent the day in discussions with Somalia’s Federal President Hassan Sheikh Mohamud, Prime Minister Omar Abdirashid Ali Sharmarke and other senior leaders of his government about the 2016 electoral process, a proposed 30 percent quota for women’s representation in parliament and the upcoming launch of the country’s first national development plan in more than 25 years.

Also on hand to receive her was the Deputy Special Representative of the Chairperson of the African Union Commission for Somalia, Lydia Wanyoto. The UNDP chief later met with members of civil society organizations, officials of the federal Ministry of Women and Human Rights Development, and UN personnel.

Clark said the purpose of her visit was to get a firsthand account of the situation in Somalia and verify that “we are doing as partners what we should be doing to support Somalia’s movement forward.” The UNDP Administrator said she strongly backs the 30 per cent quota for female representation in both houses of the country’s next federal parliament.