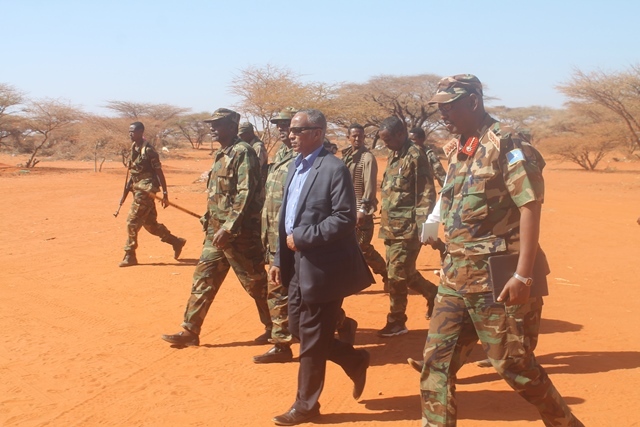 The Somali National Army (SNA), under the direction of Chief of Defense Forces General Ahmed Mohamed Jimaale, and our international partners conducted a security operation  near Bariire, Lower Shabelle that resulted in the deaths of eight Al-Shabaab terrorists. Our security forces go to great lengths to prevent civilian casualties during all of our activities. No civilians were harmed or killed in this operation.

The Somalia national Army (SNA) General Sheegow (20th Brigade Commander) said, “The SNA carried out an operation this morning against a farm in Bariire with known Al-Shabaab presence. Al-Shabaab started shooting at SNA forces after our soldiers entered the farm. The individuals shooting at the SNA soldiers were Al-Shabaab fighters; they were not farmers. We talked to the farmers in the area and instructed them to put their weapons in their homes to avoid confusion.”

In addition, Lower Shabelle Governor Ibrahim Ali noted, “The farm in Bariire was an al-Shabaab camp. The individuals killed during the fight were al-Shabaab fighters.”
Ministry of Information, Culture & Tourism
media@moi.gov.so