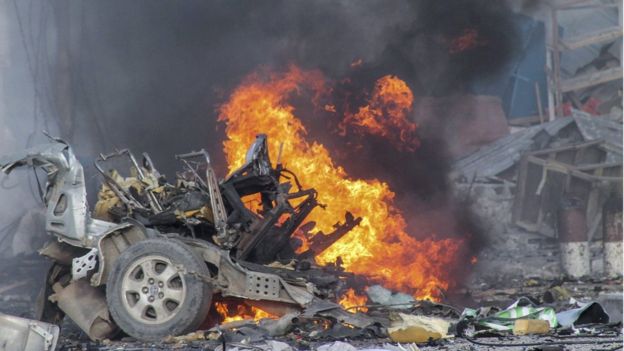 “We have confirmed 10 people dead including civilians and security forces,” said Ali Ahmed, a police officer.

“There were two huge bombs. The first one was a truck bomb, followed a minute or so (later) by another car bomb. My brother was injured at the scene,” Halima Ismail, a local resident, told Reuters.

Al Shabaab, which has been carrying out a series of deadly attacks in Somalia, said it was behind the attack.