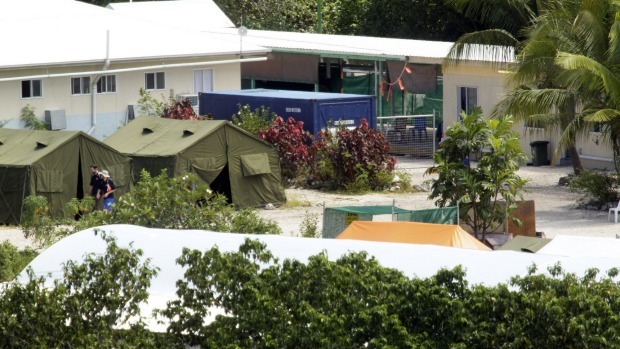 SYDNEY (HAN) October 18, 2015 – Public Diplomacy and Regional Investment Initiative News By: Jane Wardell & Byron Kaye – Australia’s hardline immigration policies overshadowed the launch of its bid to join the U.N. Human Rights Council on Monday, with the government and rights lawyers arguing bitterly over a pregnant Somali asylum-seeker who claims she was raped.

Immigration Minister Peter Dutton accused lawyers of fabricating stories about the treatment of the woman, who human rights advocates said was denied basic medical attention and likened her removal from Australia to CIA-style rendition.

Australia has decided to take 12,000 of the estimated 850,000 Syrians who have fled their homes devastated by war, including widespread air strikes by the United States and allies such as Australia.

However, Australia’s controversial policy of turning back refugee boats and holding asylum seekers in prison camps in poor South Pacific island nations such as Nauru and Papua New Guinea has undermined any goodwill.

Pressure is mounting on Prime Minister Malcolm Turnbull to act on the harsh detention conditions after reports of systemic child abuse and rape. The United Nations also sharply criticised Australia after an observer cancelled an official visit to the detention camps, citing a lack of government cooperation.

“Our harsh and cruel treatment of asylum seekers and refugees is damaging our international reputation and damaging our ability to advance our national interest, whether it’s through being elected to the Human Rights Council … or in other negotiations,” said Hugh de Kretser, executive director of the Human Rights Law Centre.

De Kretser said UNHRC membership would enable Canberra to rebuild relations with the United Nations. In March, former prime minister Tony Abbott said Australia was “sick of being lectured to by the United Nations” after a U.N. report accused Australia of breaching international anti-torture conventions.

The UNHRC bid came as protesters took to Sydney streets, and as lawmakers and immigration officials scrapped with lawyers over the treatment of the 23-year-old Somali woman, known only as Abyan, who is being held on Nauru and who claims her pregnancy was the result of being raped there.

She was brought to Australia last week for an abortion, a procedure banned on Nauru, but was returned four days later when Dutton’s office said she no longer wanted to terminate the pregnancy.

Her lawyers dispute that account and say the woman, who is 14 weeks pregnant, asked for counselling and more time to regain her health before going ahead with the procedure.

“There are alleged facts that are being put forward by some of the advocates which are patently incorrect, if not fabricated,” Dutton said. He said the woman saw doctors, nurses, and mental health assessors on Nauru, mostly with interpreters.

Immigration officials questioned in parliament said her lawyers had requested her medical records but they were not able to hand them over until the woman gave written authorisation.

Foreign Minister Julie Bishop, who launched the bid for a two-year UNHRC term from 2018, said Australia would “bring the values of our nation, an inclusive, diverse and tolerant society, built on migration” to the 47-member council. (Reporting By Jane Wardell and Byron Kaye; Editing by Paul Tait) (Reuters)